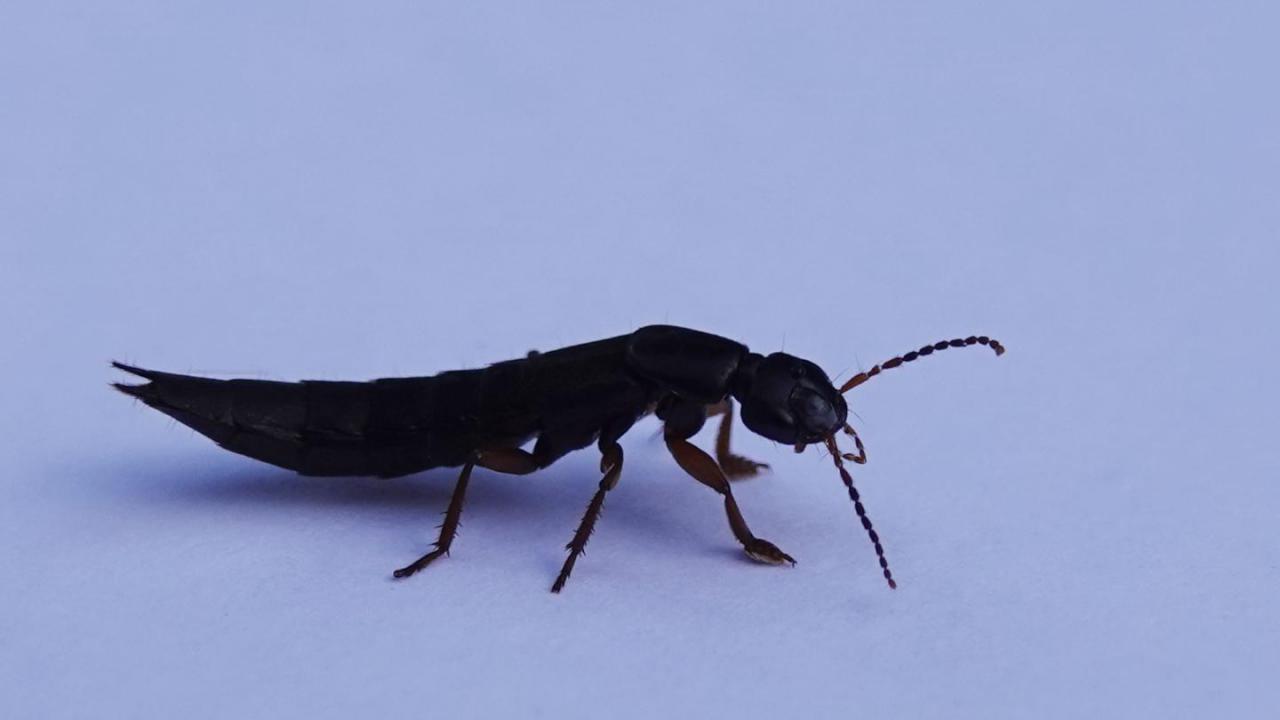 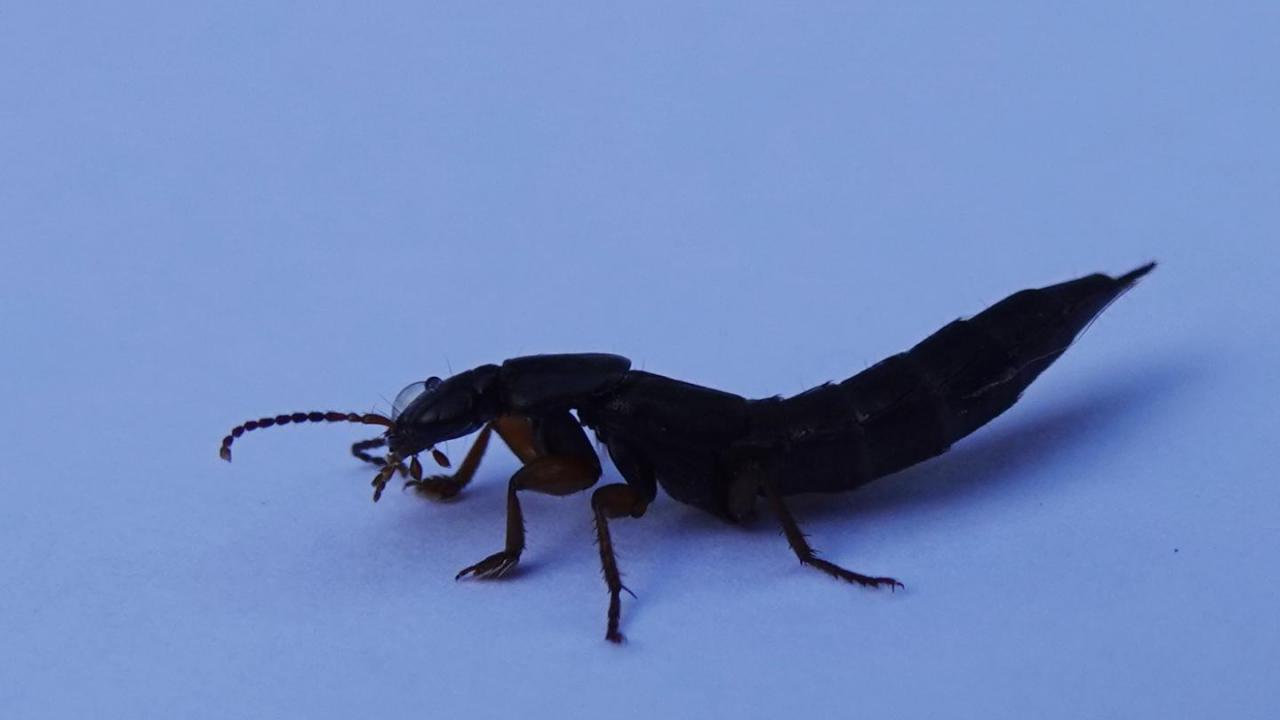 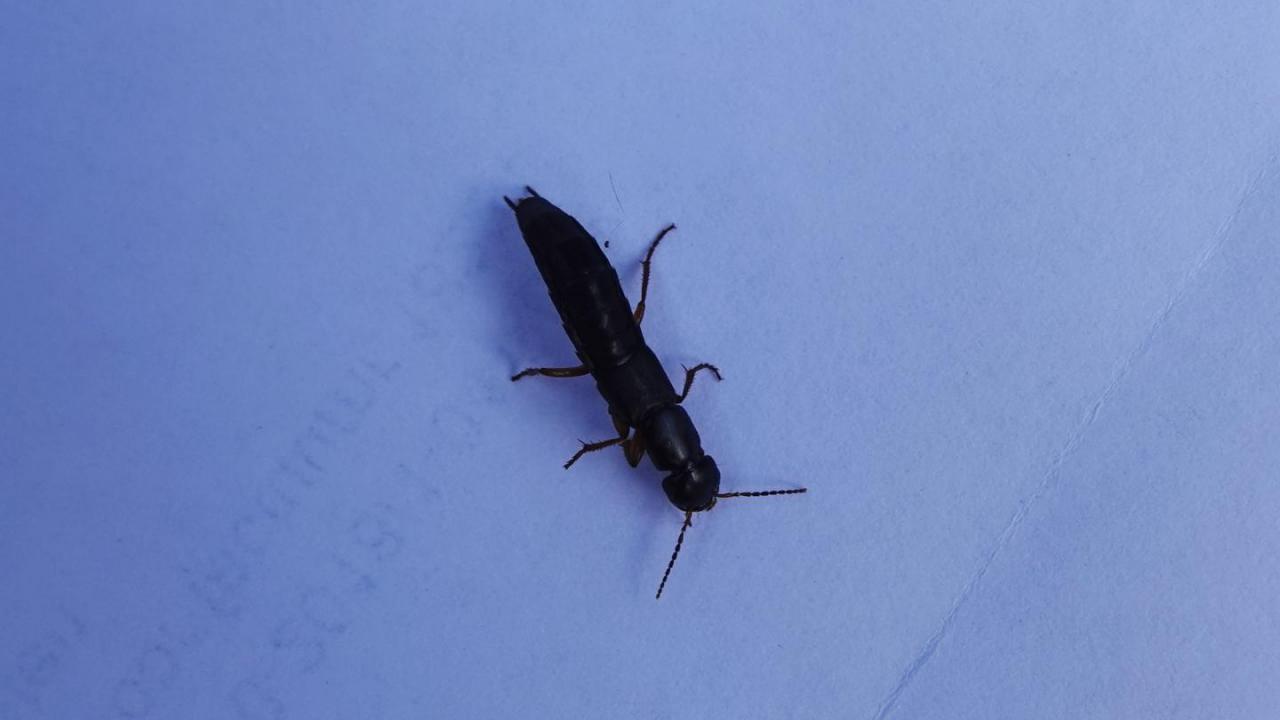 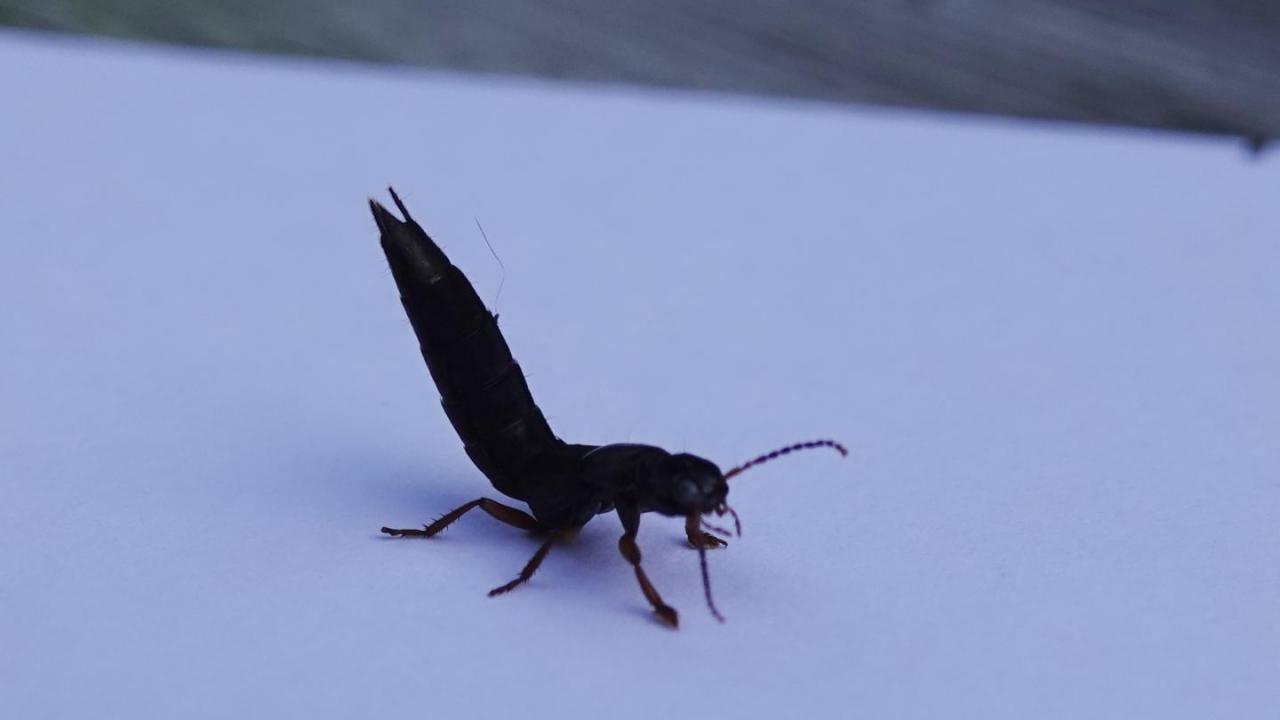 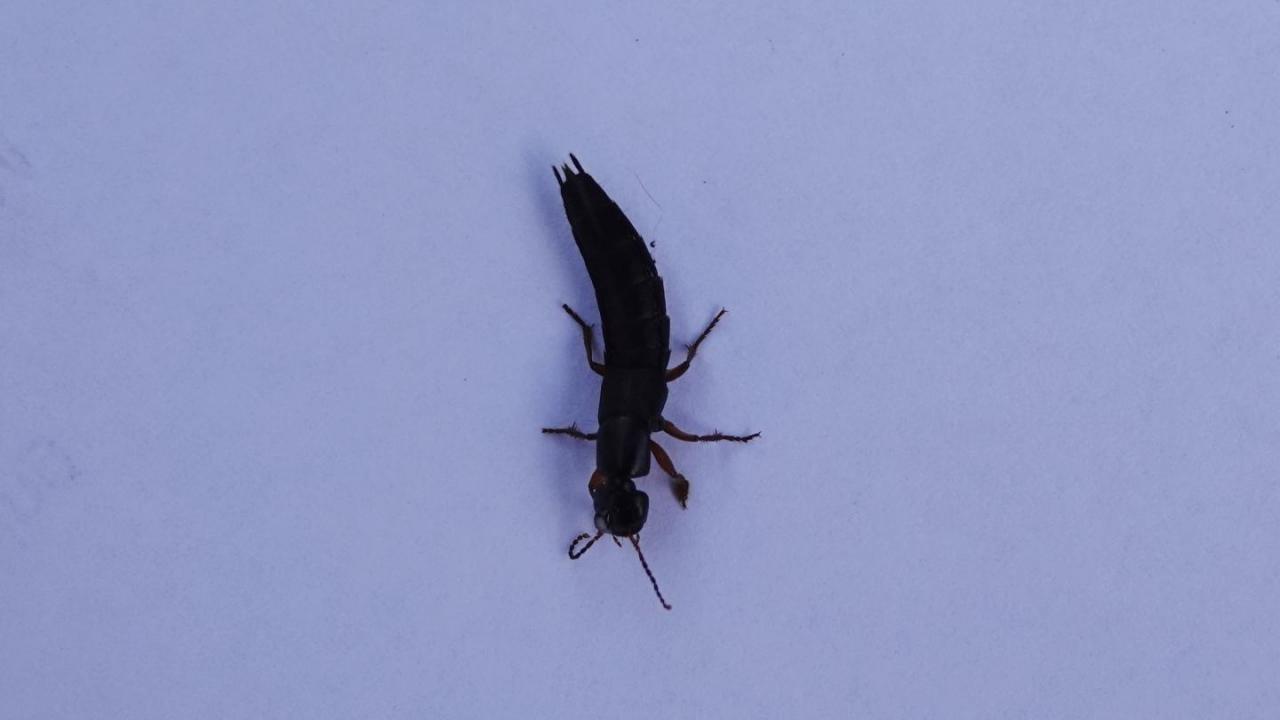 Beetles in the family Staphylinidae are Rove Beetles, primarily distinguished by their short elytra (wing covers) that typically leave more than half of their abdominal segments exposed.
With roughly 63,000 species in thousands of genera, the group is currently recognized as the largest existing family of organisms.

The Devil`s Coach-horse Beetle (Ocypus olens) has been associated with the Devil since the Middle Ages, hence its common name.
The Devil`s Coach-horse Beetle is a frequent occurrence in gardens because of the many hiding places.
Many people know this animal as the garbage can monster that appears when the garbage can or mini container is moved, and sticks up it tail dangerously.
In case of disturbance, a threatening attitude is assumed; the jaws are open, the probes stick straight forward and the tail is curved forward like a scorpion (see the 4th photo).
If the predator is not impressed, a smelly, milky white liquid is secreted.
However, it is not the tail that can be avoided, but the strong upper jaws (mandibles) that can be used to give a painful bite.

In my yard, Hilversum, The Netherlands, 9 November 2020