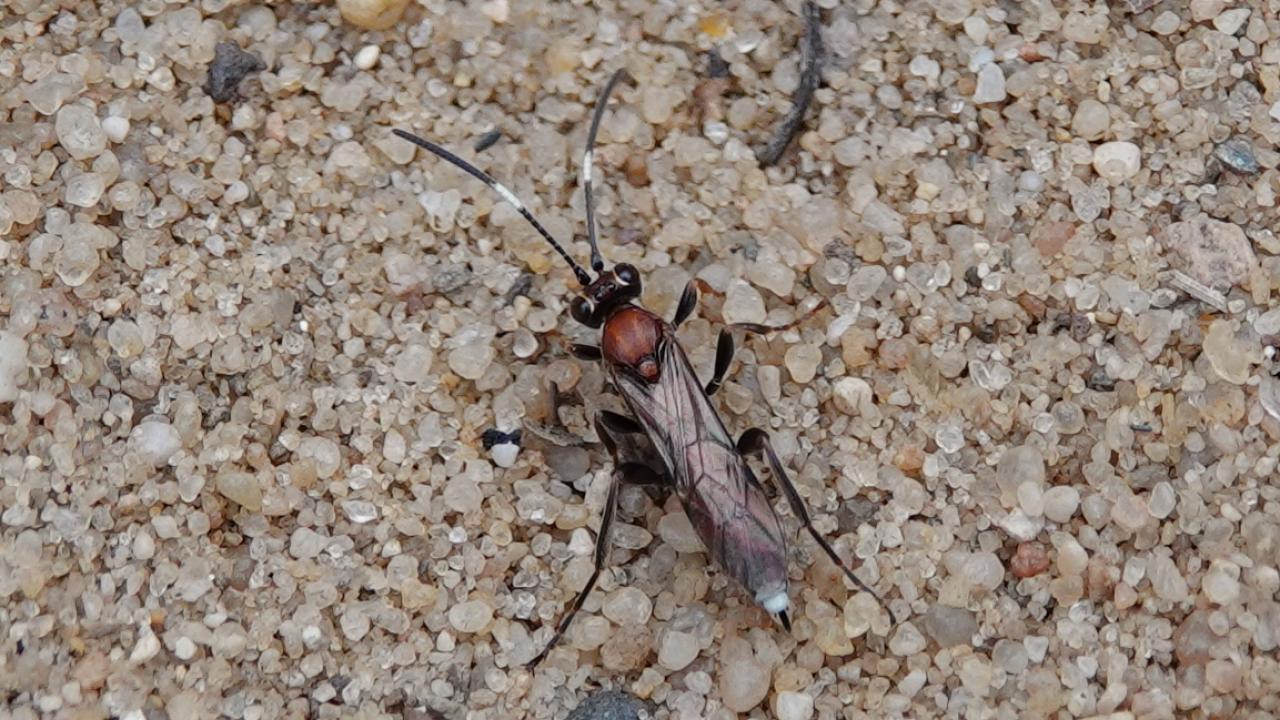 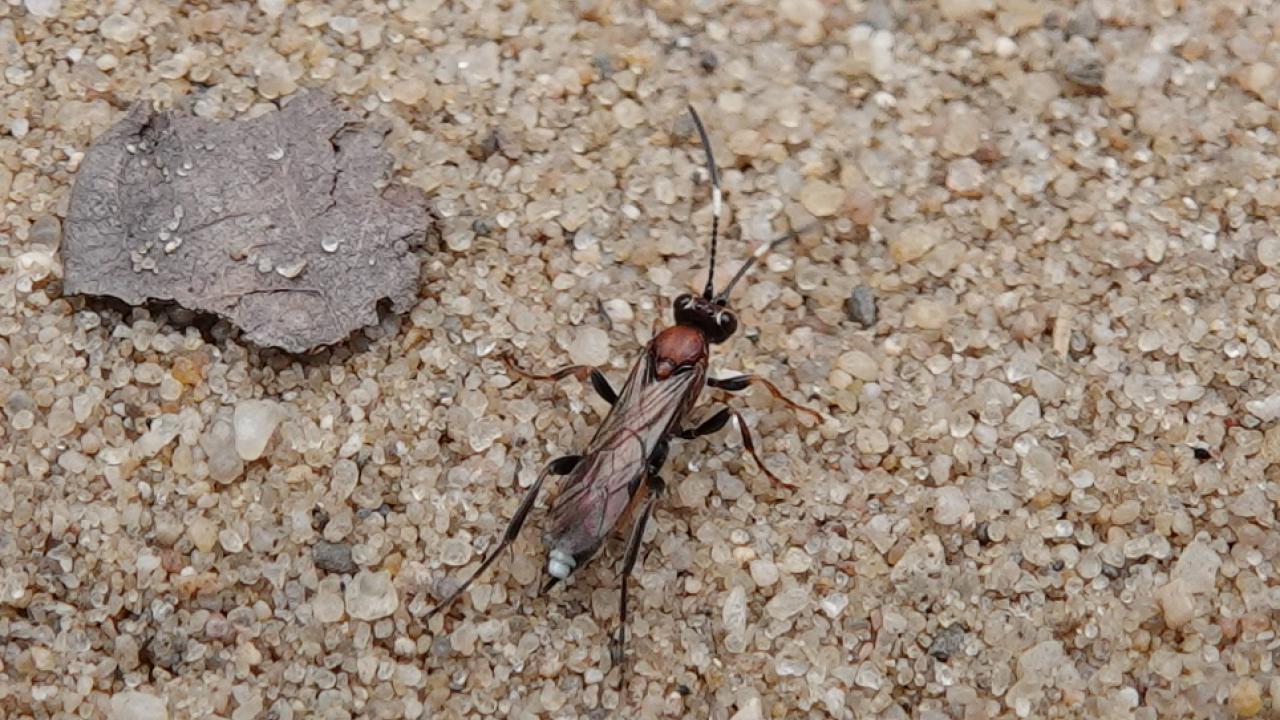 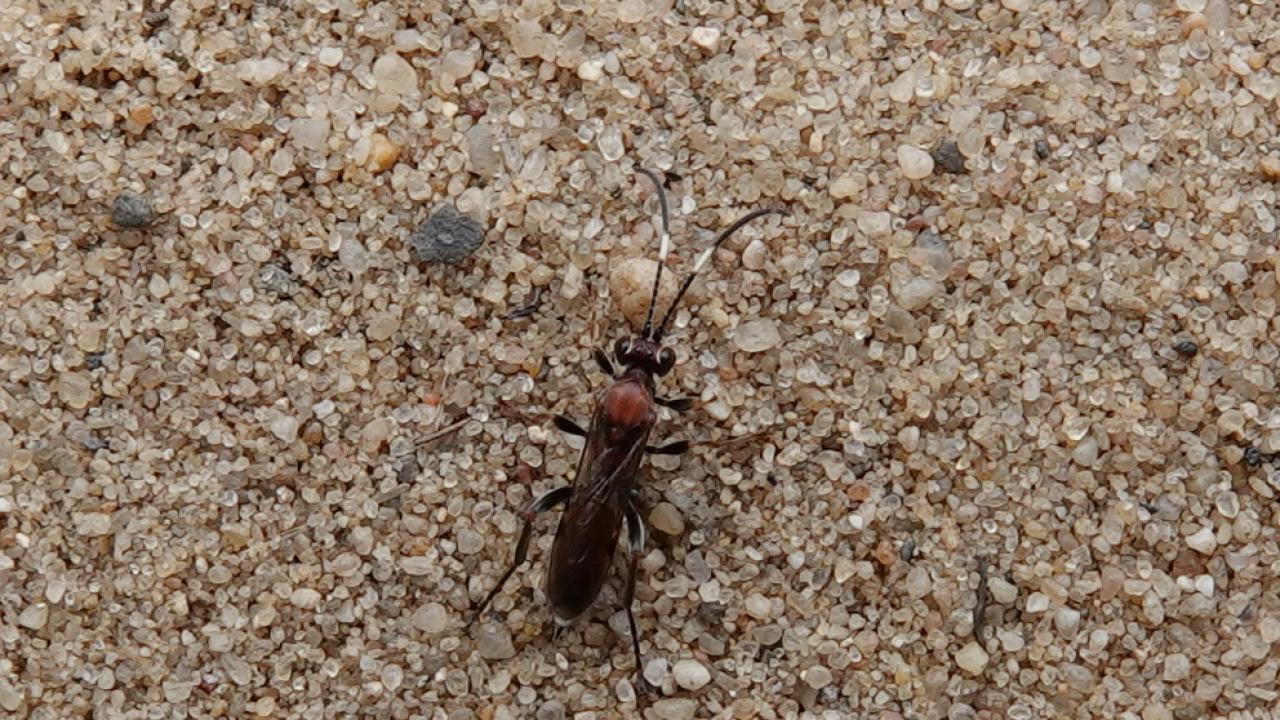 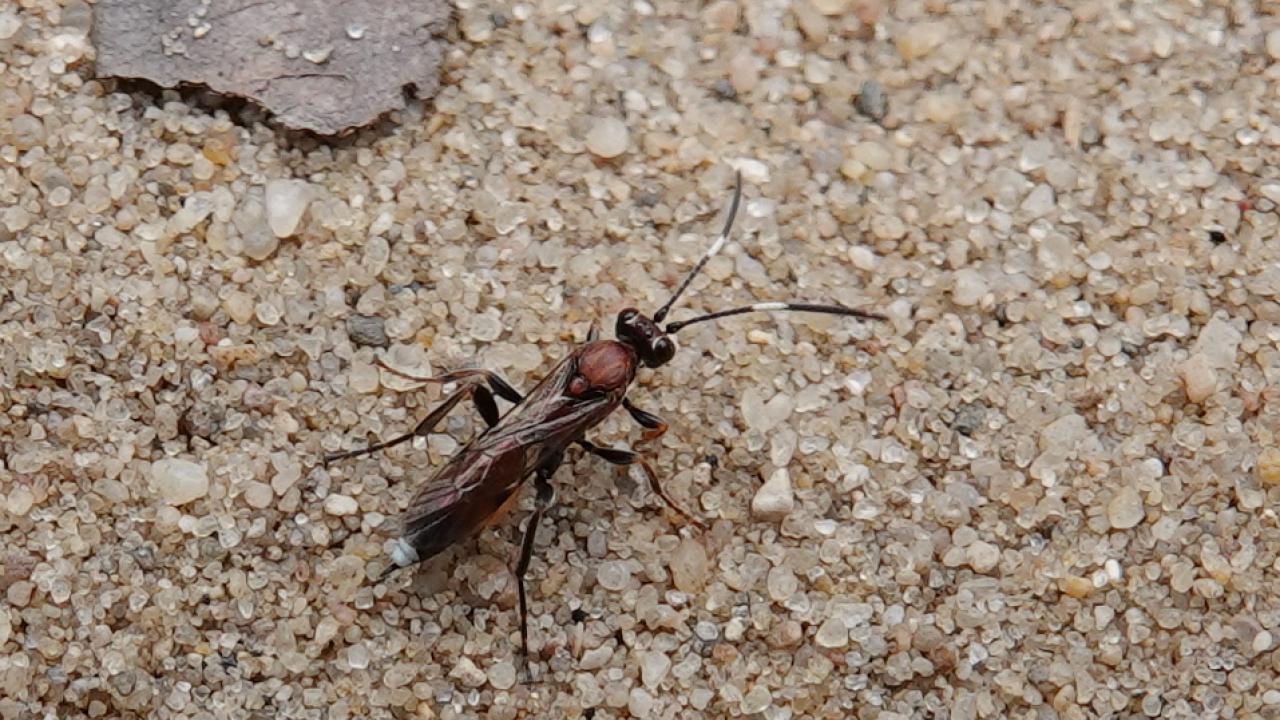 Crytea erythraea is a wasp in the Ichneumonidae family, which are parasitic wasps.
The family of Ichneumonidae consists of at least 25,000 species but this is likely to be a very low estimate.
Ichneumonid wasps, with very few exceptions, attack the immature stages of various insects and spiders, eventually killing their hosts.
Adult ichneumonid wasps superficially resemble other wasps.
They have a slender waist, two pairs of wings, a pair of large compound eyes on the side of the head and three ocelli on top of the head.
Their size varies considerably from a few millimetres to seven or more centimetres.
Ichneumonid wasps have long antennae (at least 16 segments) and live solitary.
Unfortunately, many species cannot be identified from a photo.

I found this little guy in the sand during a walk.