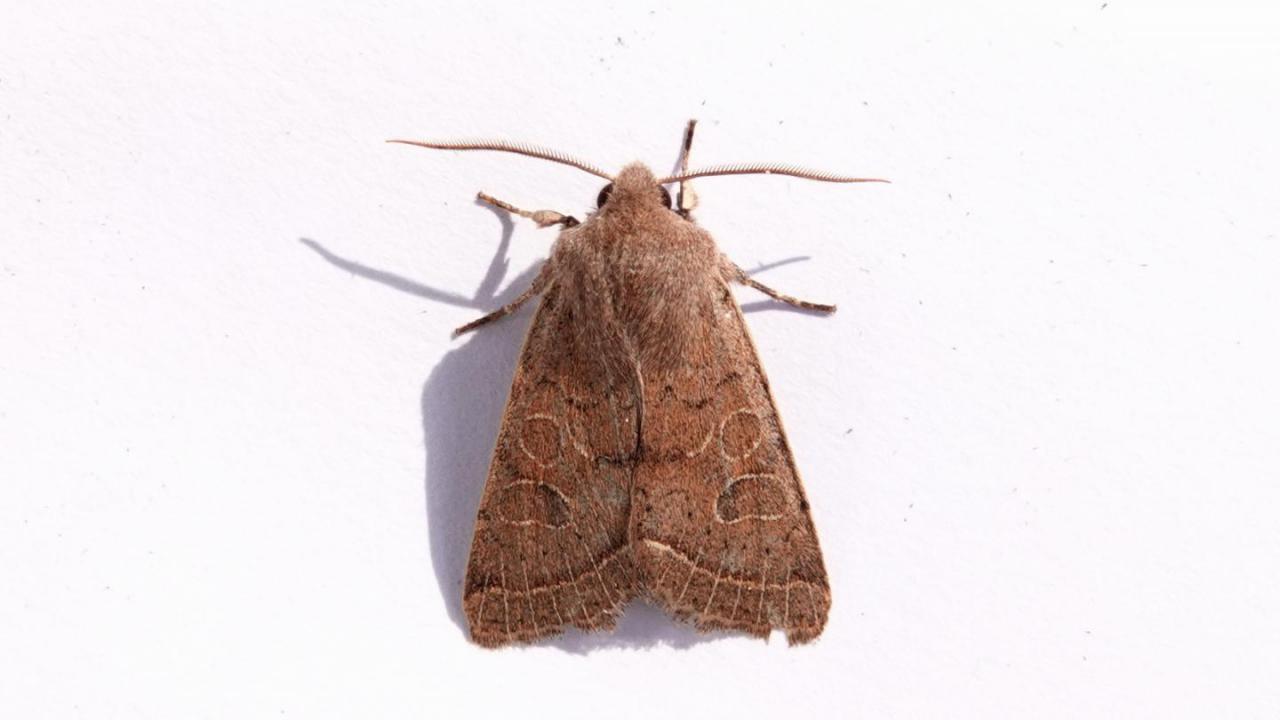 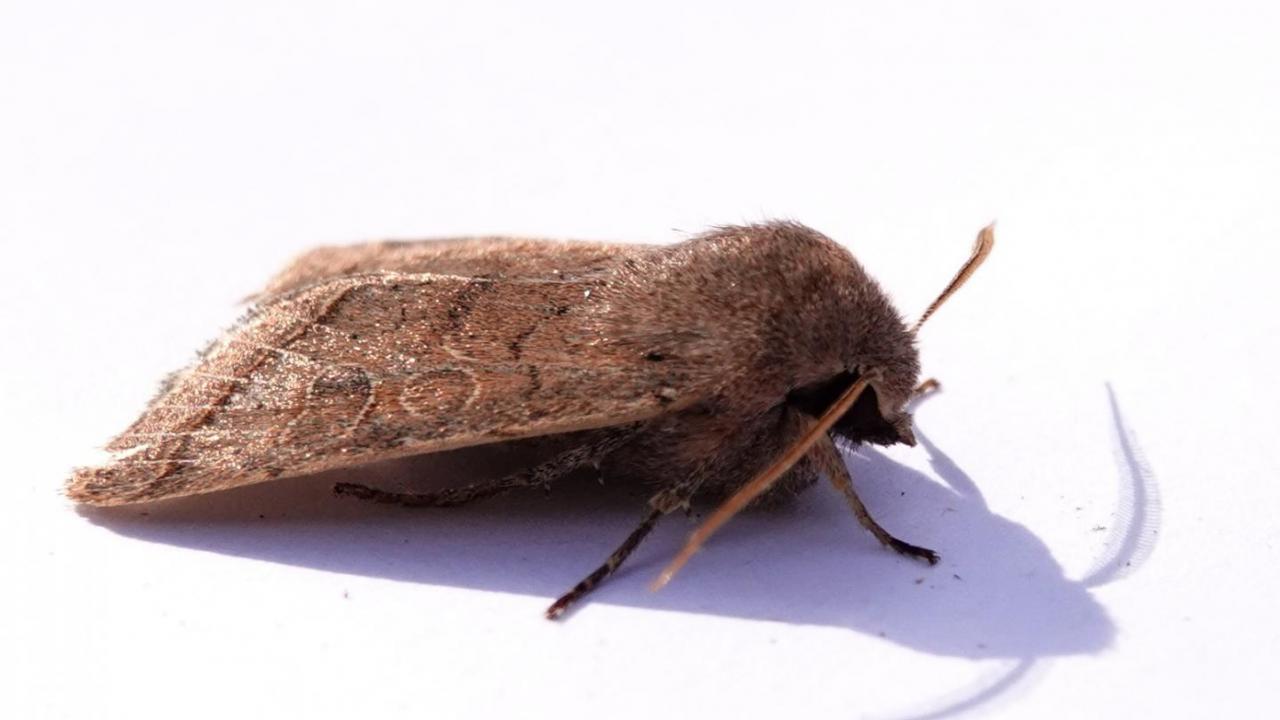 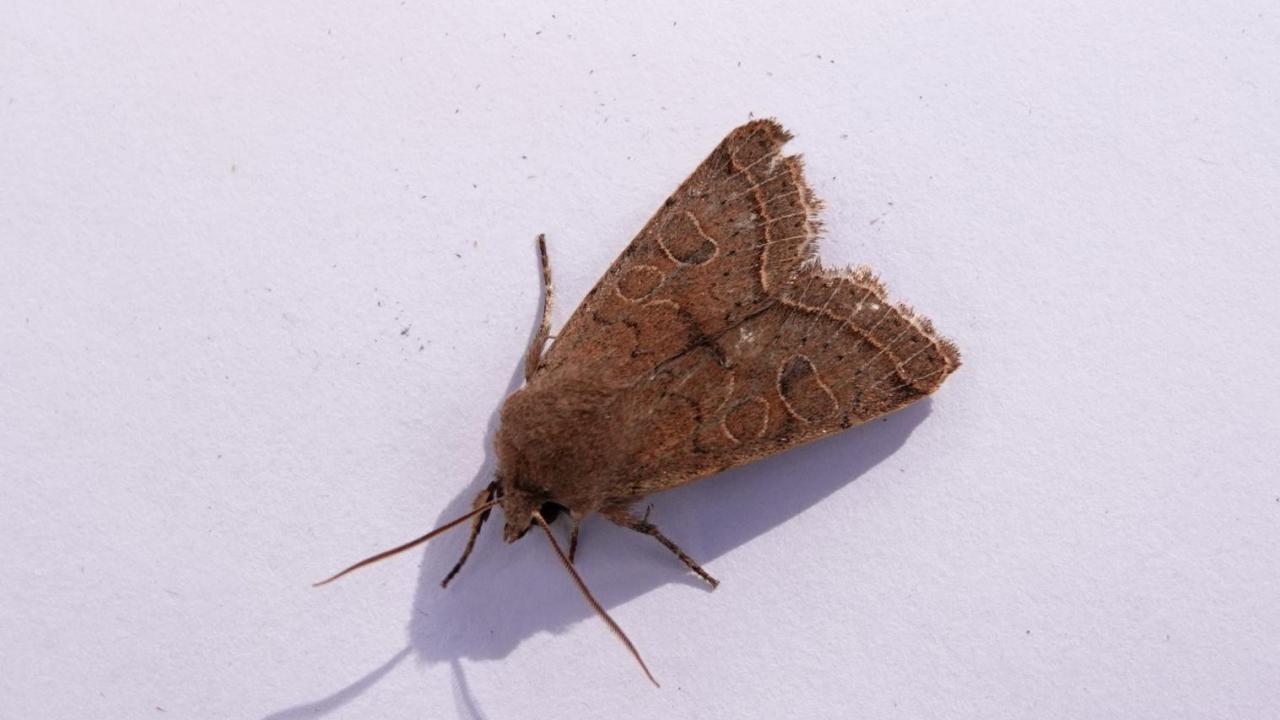 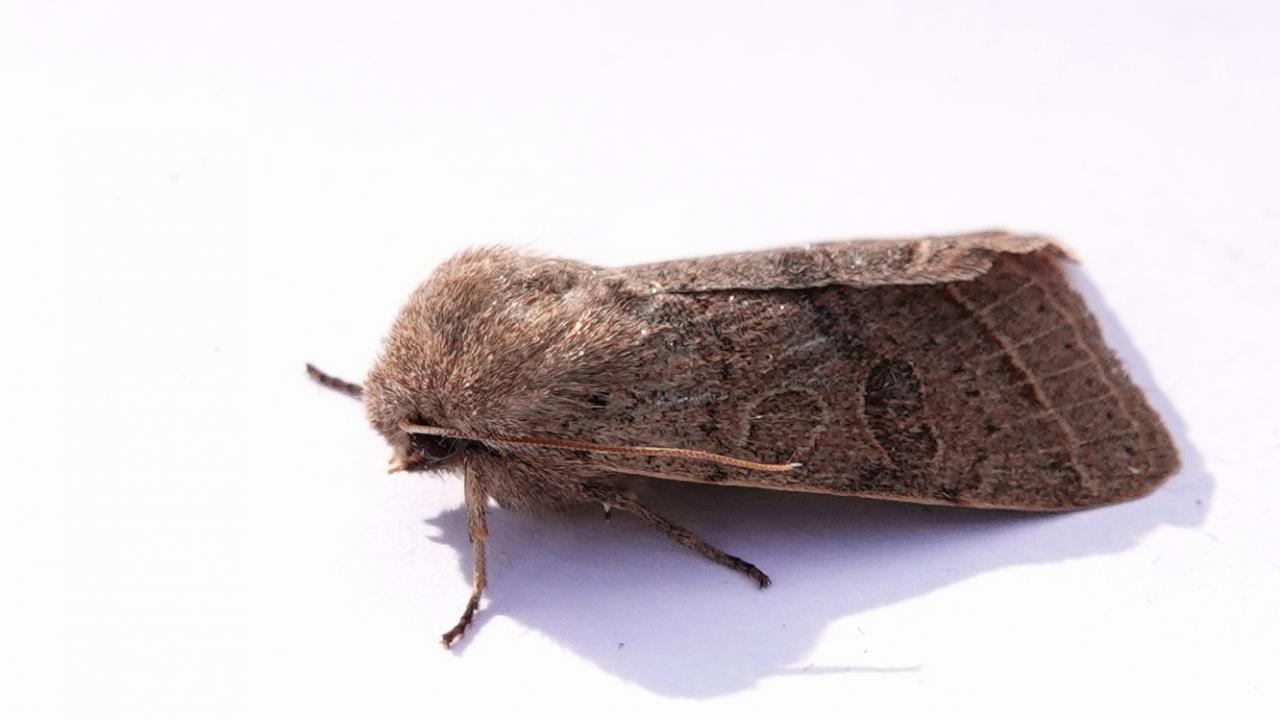 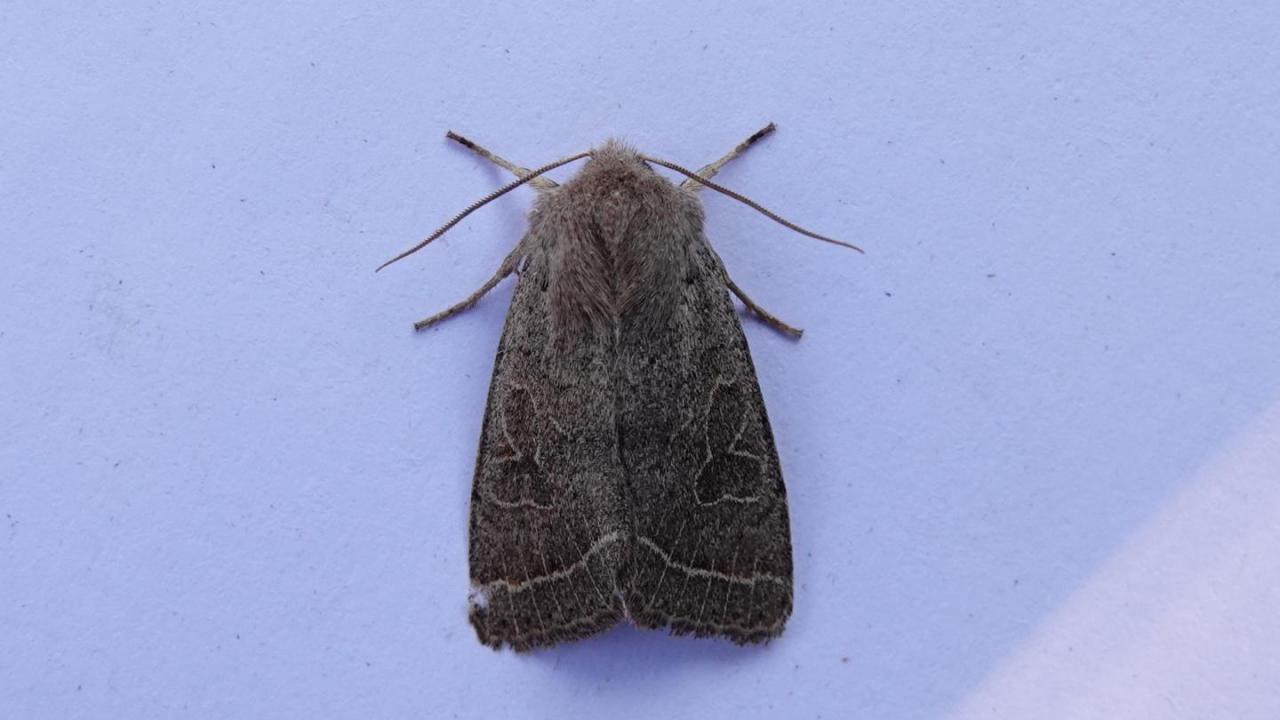 This is a variable species, the ground colour of the forewings ranging from greyish to orangey brown, sometimes with a broad dark band.
The most distinctive features are the two large cells on the forewings, each edged by a narrow pale line.
Some species have the two cells joined as one (last photo).
This species flies early in the year, from March to May, and it is common in most of Europe.