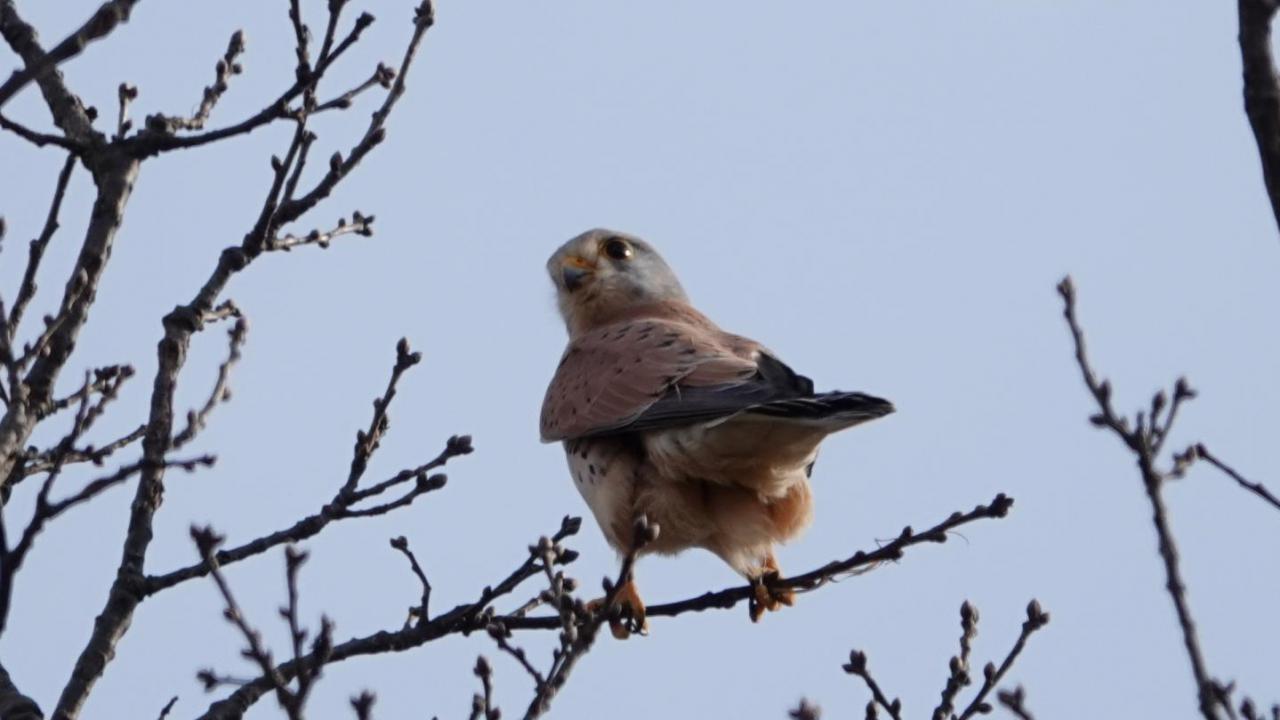 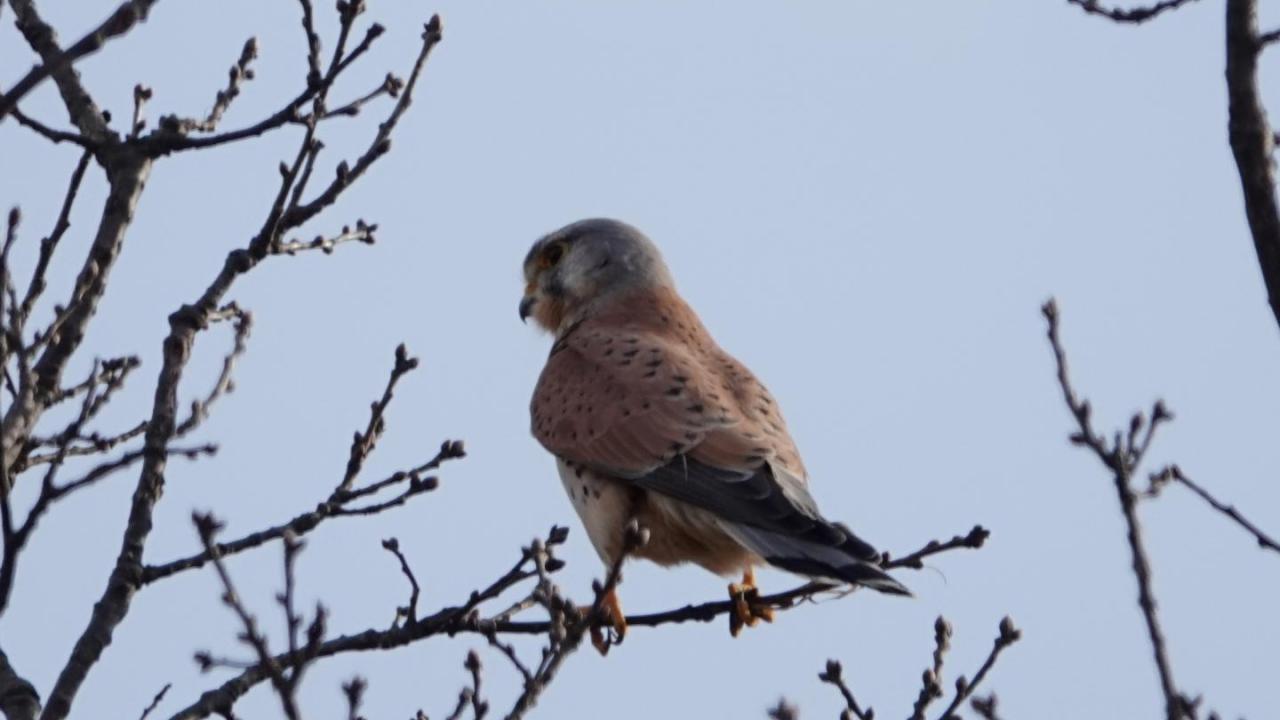 This is a bird of farm land and open areas and mostly known for the way it hovers 10-20 meters above the ground facing into the wind in search of prey.
Kestrels are often seen hunting near roads where voles and mice can be abundant.
The male Kestrel is distinguished from the female by the grey colouration of the head.
There are 11 subspecies of the Common Kestrel.
This is Falco tinnunculus tinnunculus which is found in Europe, North Africa and the Middle East.