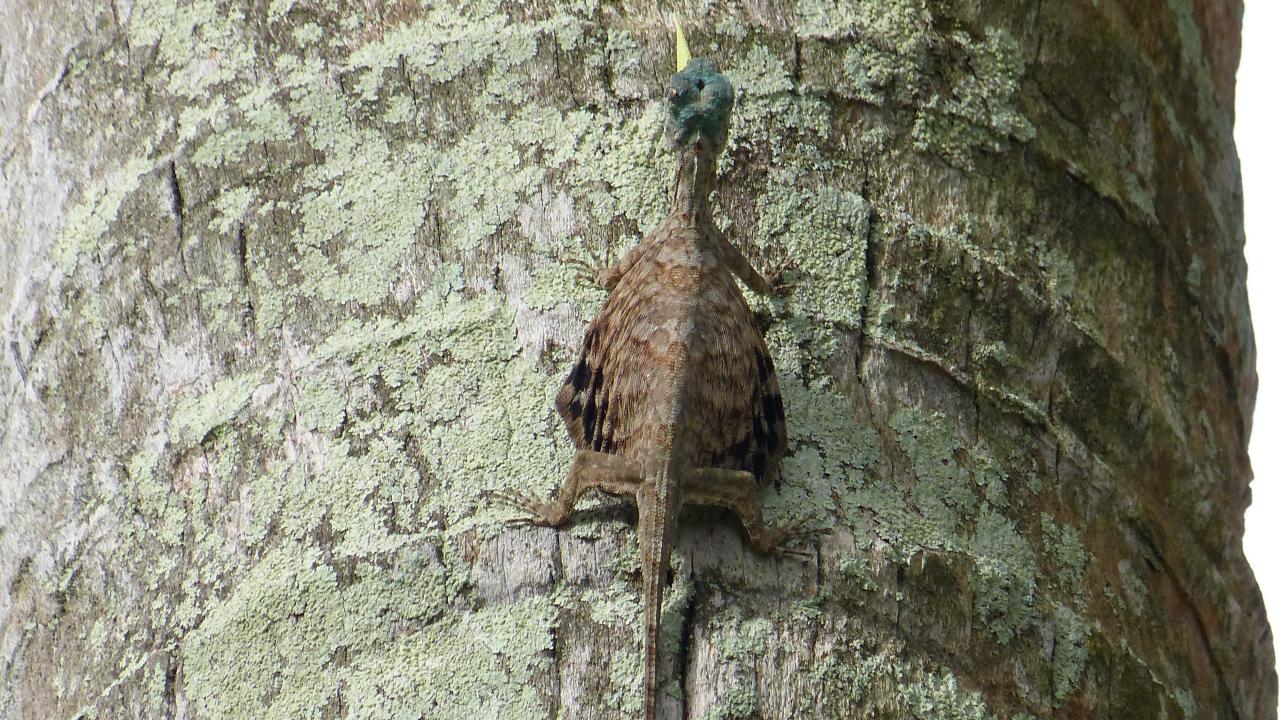 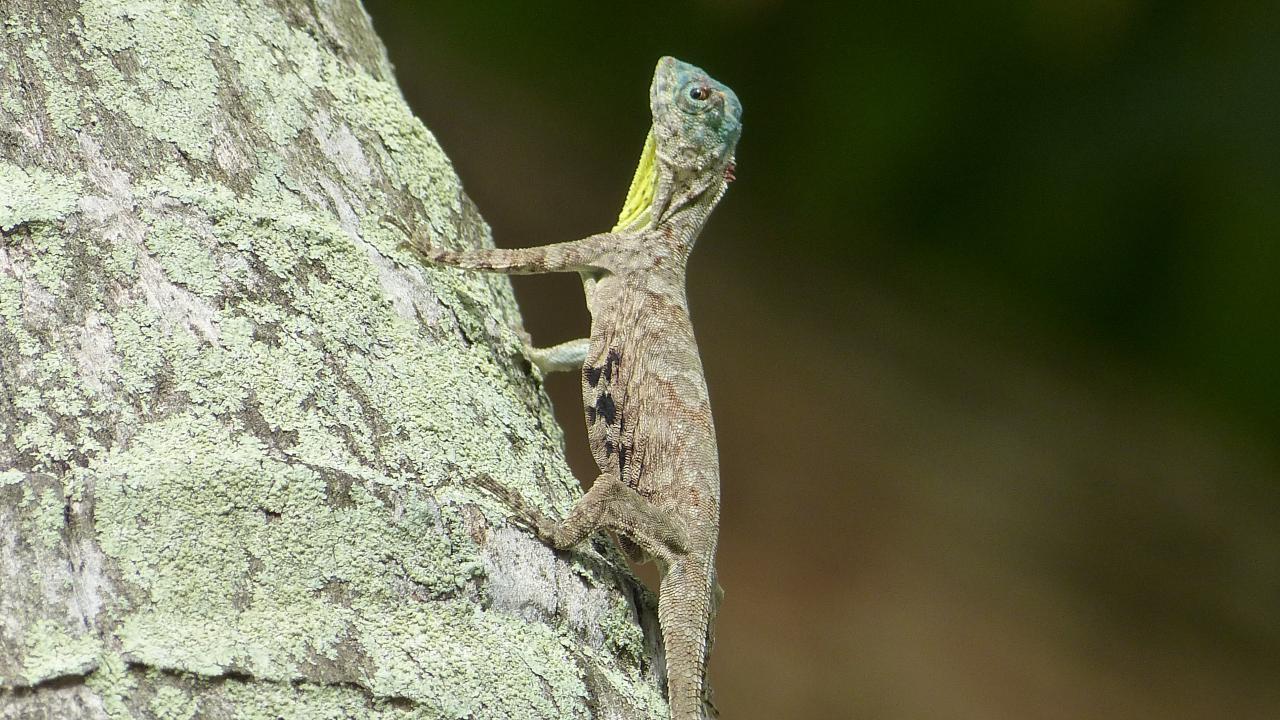 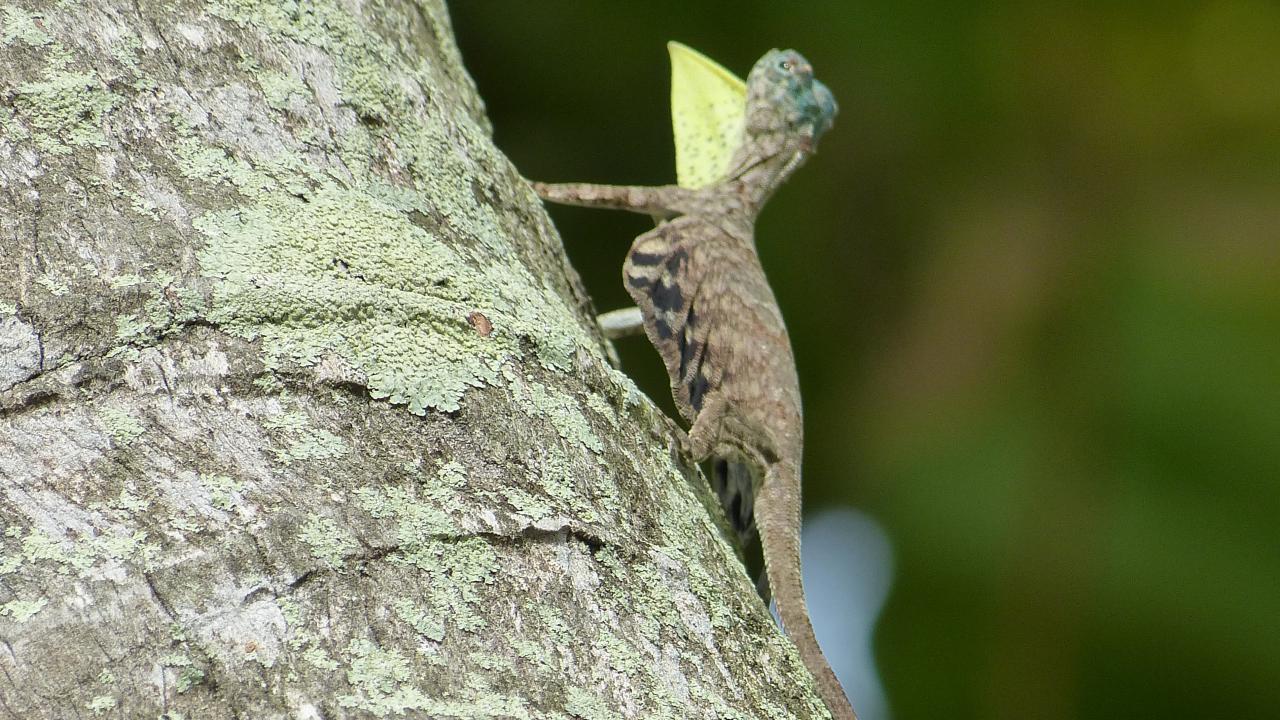 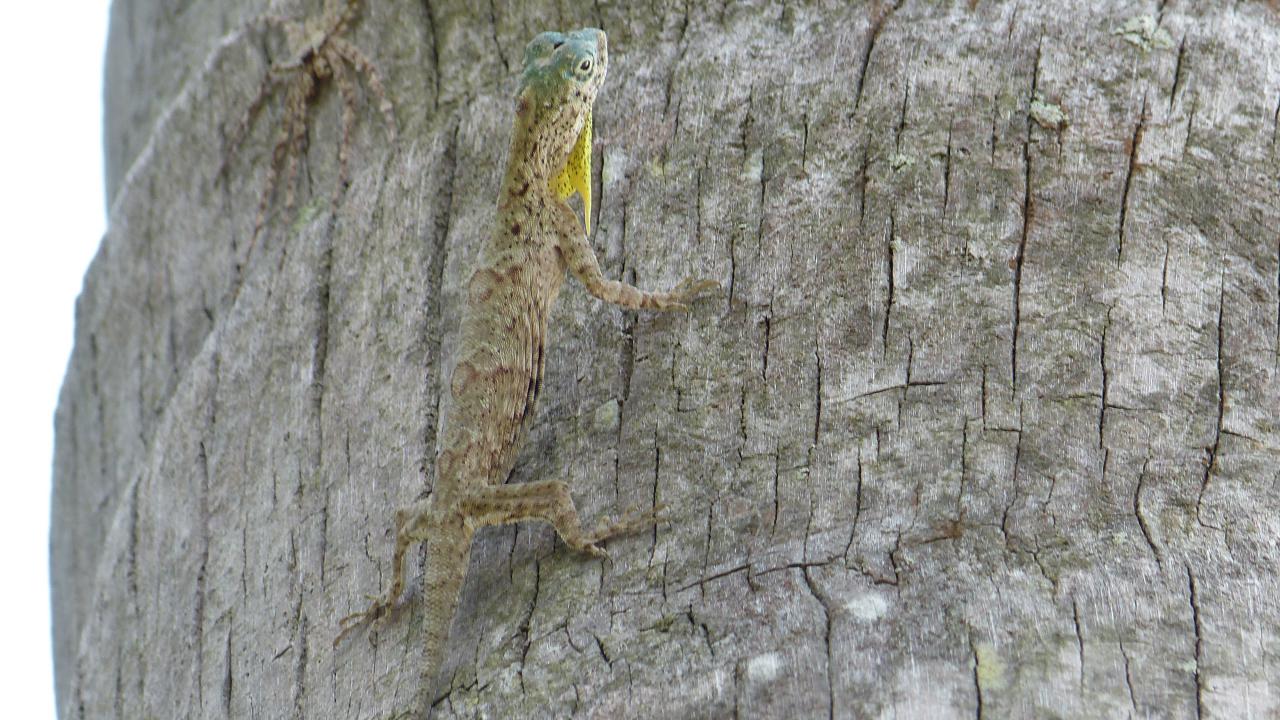 Like other members of the genus Draco, this species has the ability to glide using winglike lateral extensions of skin which are supported by elongated ribs.
While jumping, the lizard will spread its wings and glide to the ground.
They can generally glide for 8 meters on average.
Gliding is only used as a means of locomotion and not for predator escape.
To escape danger, the lizard will always climb..
The lizard will also never glide when it is raining or windy.

Draco volans grows up to 22 centimeters in length, including the tail.
Females are slightly bigger than males.
The species is distinguished from other Dracos by the rows of rectangular brown spots on the top of the wing membranes, and black spots on the bottom of the wing.
The male has a long pointed dewlap, which is bright yellow.
Females are slightly different in that the dewlap is smaller and bluish gray.
This lizard exclusively feeds on ants.
This species can be found in tropical rainforests in southern India and Southeast Asia.