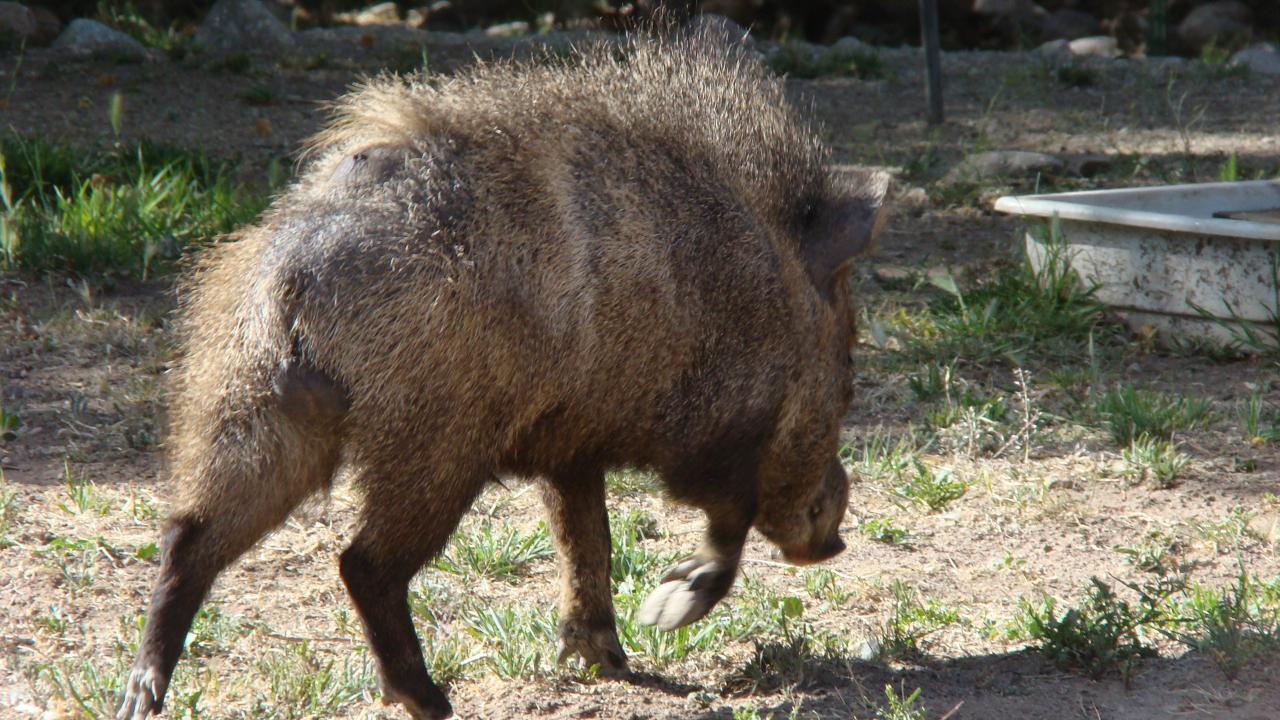 The Collared Peccary, also referred to as a Javelina, may resemble a pig, however, peccaries belong to a completely different family than true pigs.
The Collared Peccary is definitely pig-like in appearance, however, they tend to be smaller than pigs with longer, thinner legs.
They are social animals which form bands generally ranging from 6 to 12 animals.
This group of animals will do almost everything together from foraging to sleeping and eating.
They are found in North, Central, and South America.
In South and Central America they live in the tropical rainforests. In North America, they live in brushy desert areas and rocky canyons.
Peccaries mainly feed on berries, grass, roots, beans, nuts and cacti. In fact, they rely very heavily on cacti such as the prickly pear since they have a very high water content.