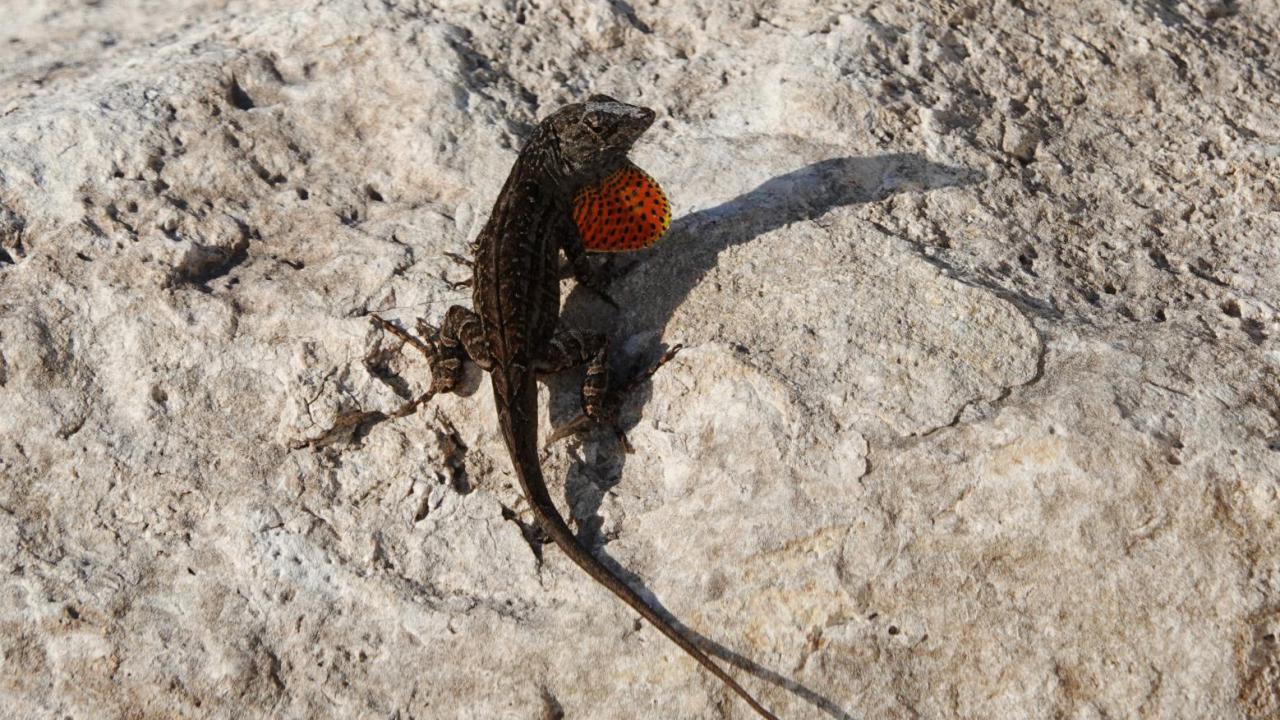 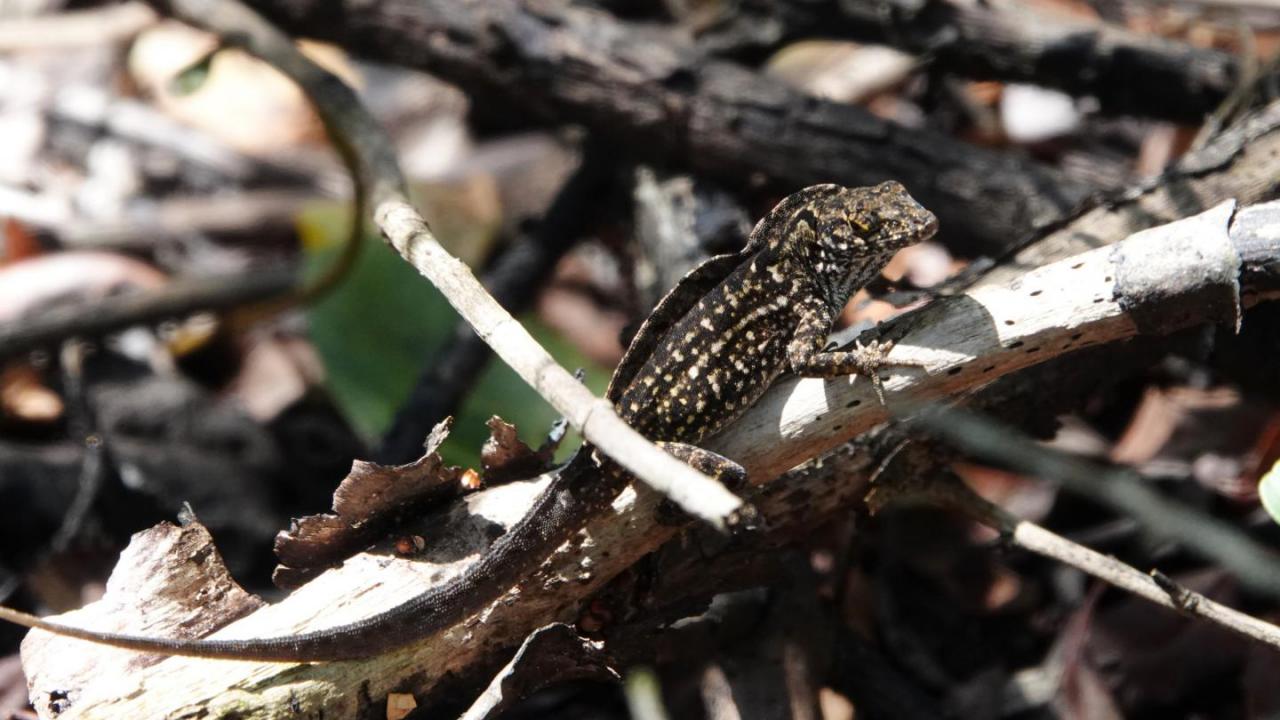 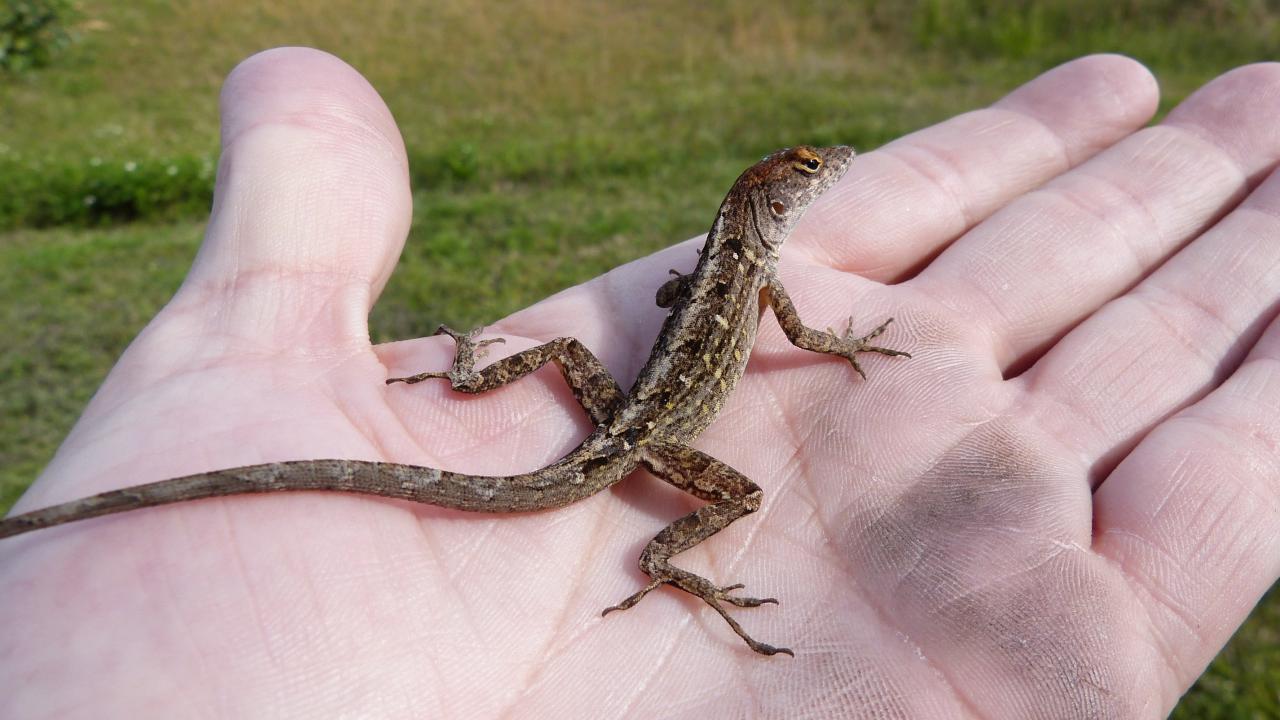 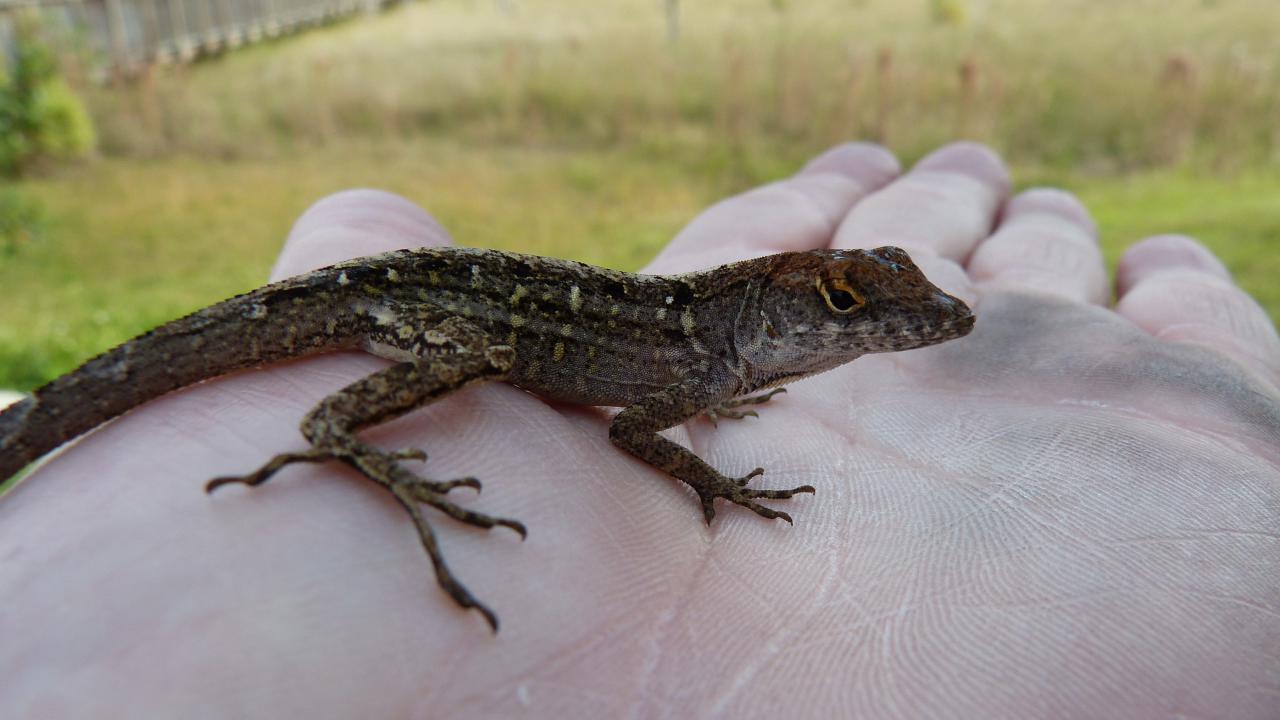 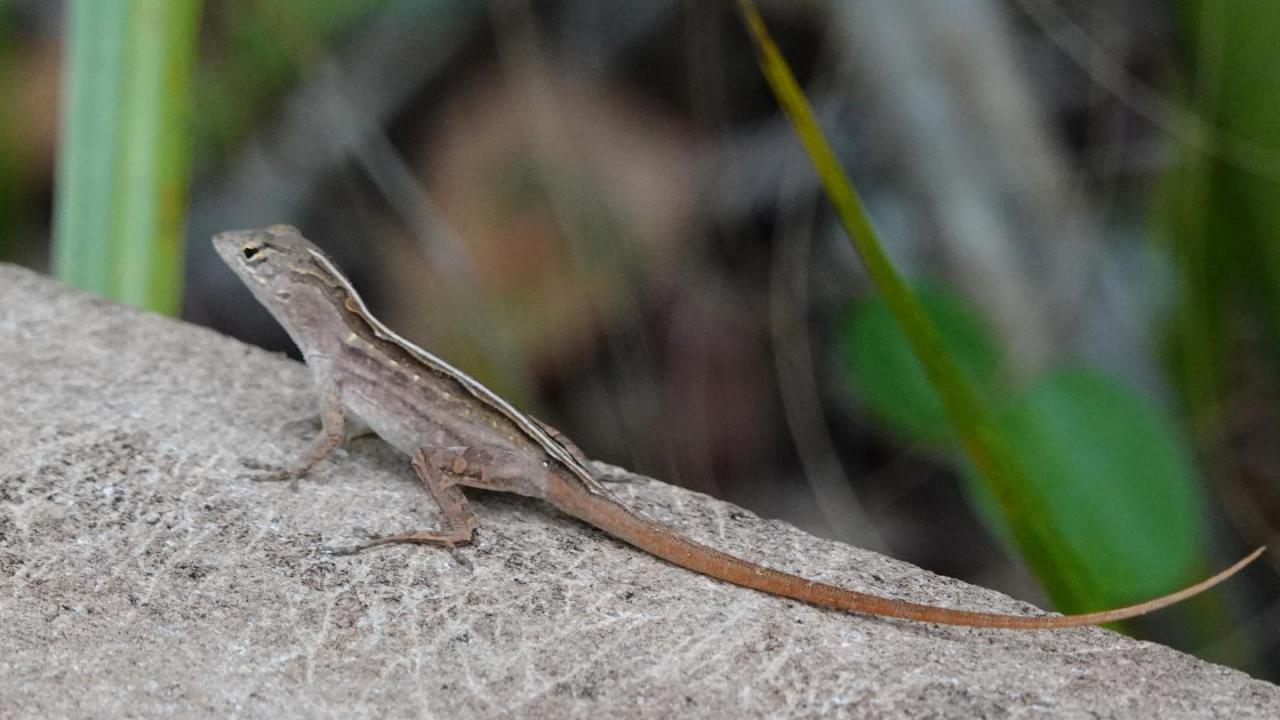 The Brown Anole (Anolis sagrei) is a small, diurnal lizard which is native to Cuba and the Bahamas.
It has, however, been widely introduced elsewhere, especially in the southeastern United States, southern California, oher Caribbean islands and Mexico.
They are grey/brown in color with often darker markings on the back.
In some cases Brown Anoles are almost uniformly gray.
Under the throat hangs a dewlap that they can expand.
This dewlap is orange colored with a yellow band around it, and it is used to show off to females or to intimidate other males.
During this behavior there may also be a small crest on the neck and back that extends over the tail.
Female Brown Anoles are smaller than the males and have a prominent white stripe running down the back that extends over the thighs.