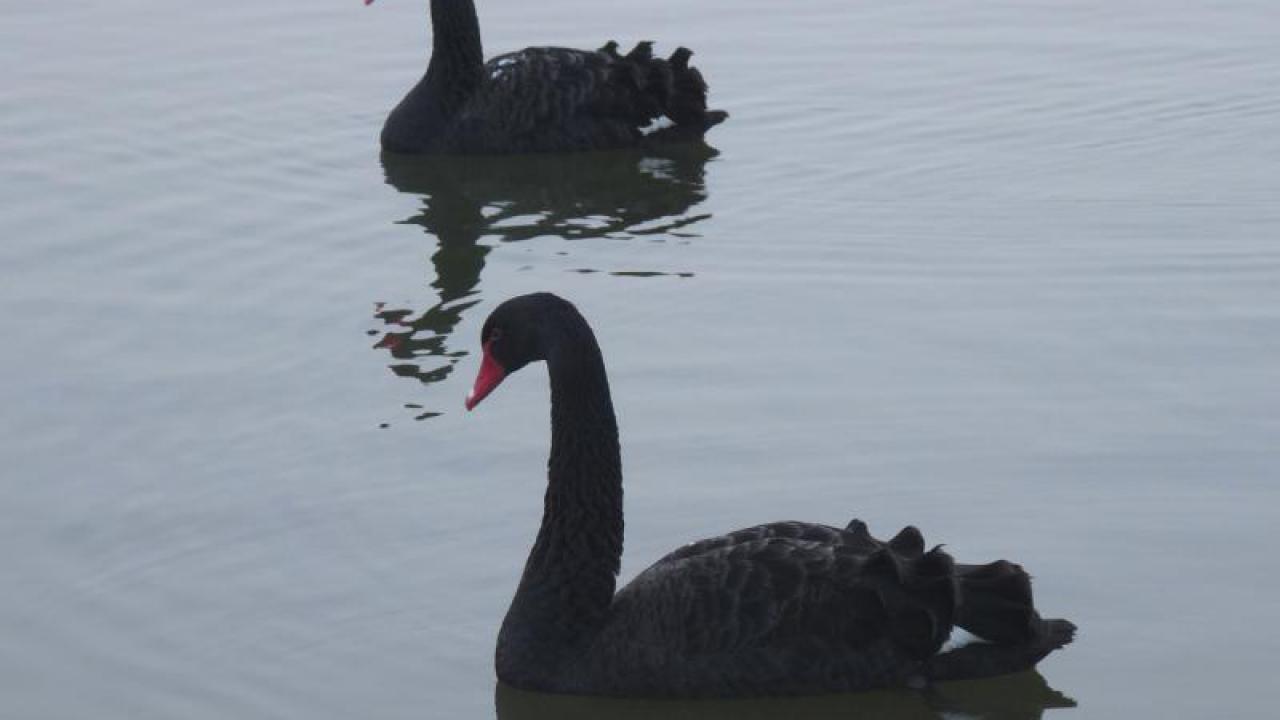 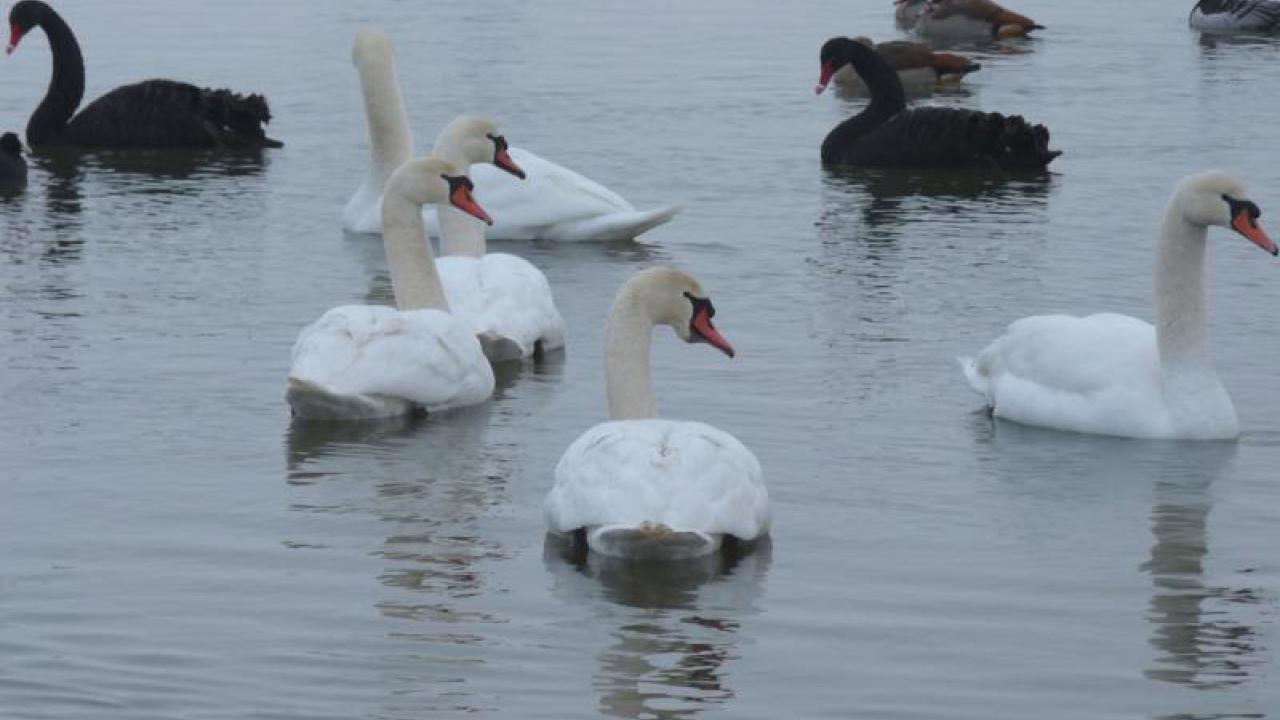 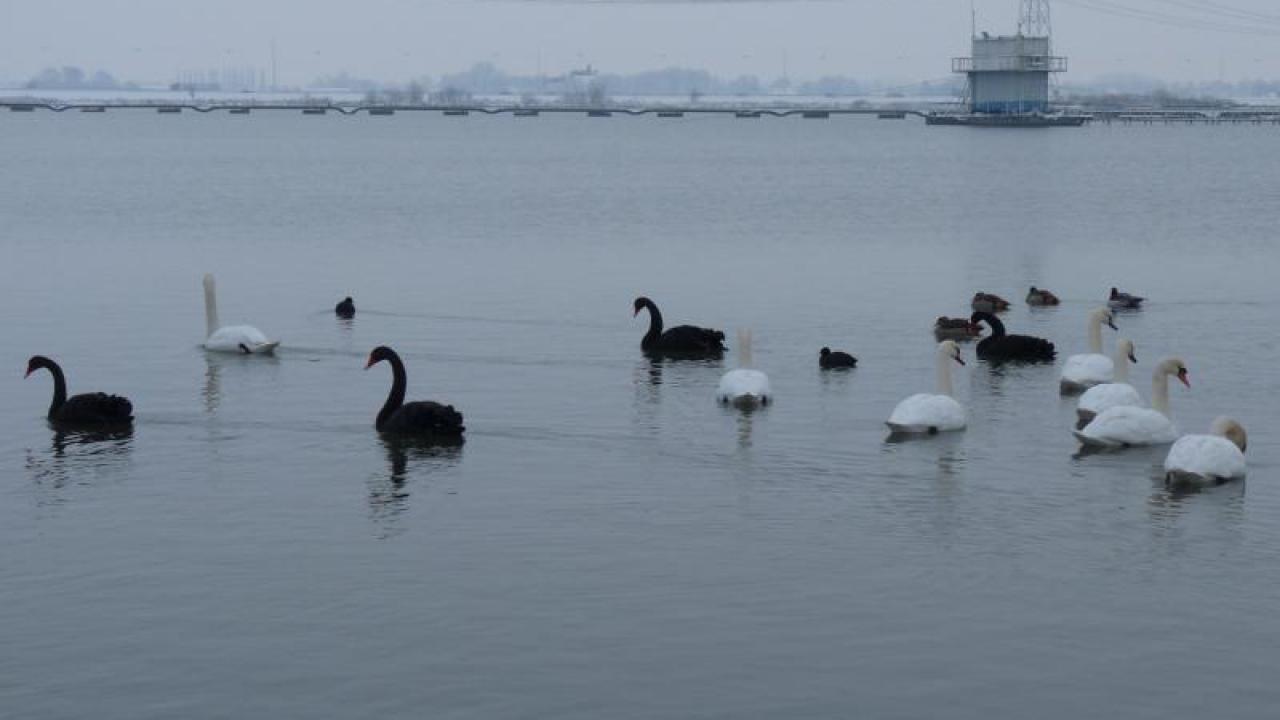 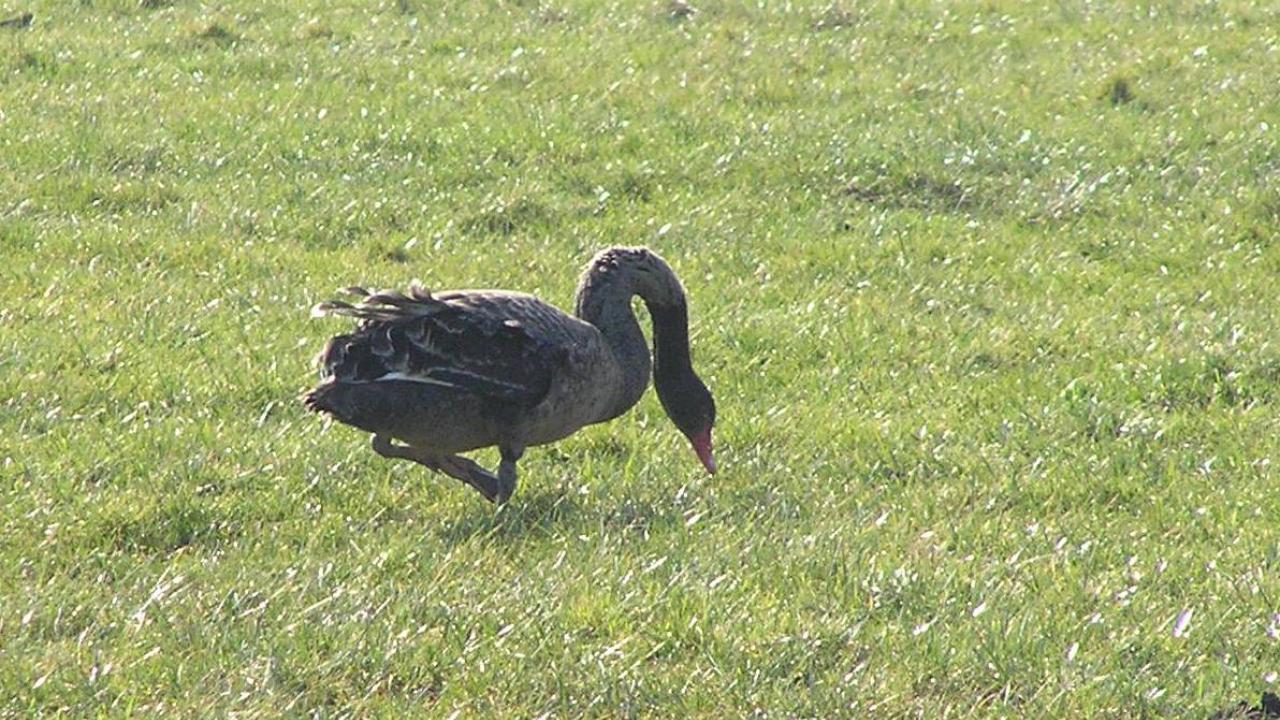 Originally a bird from Australia, Black swans were introduced to various countries as an ornamental bird in the 1800's, but have escaped and formed stable populations throughout Europe.