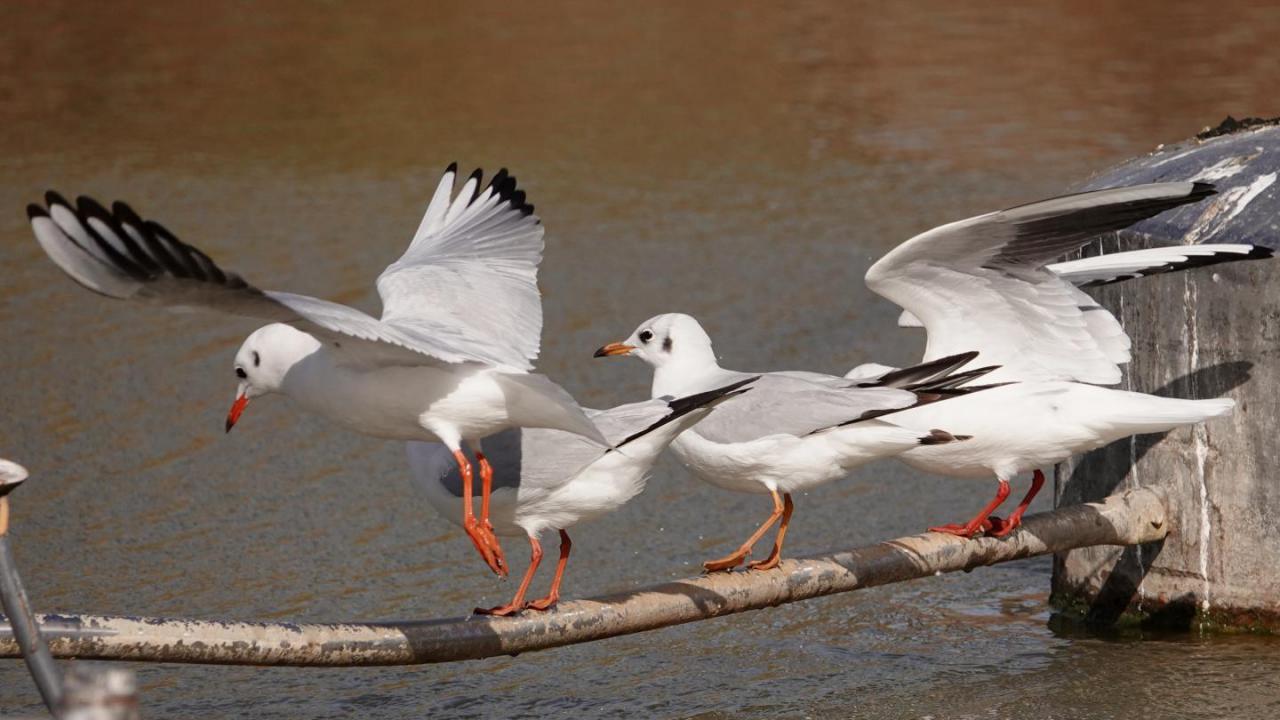 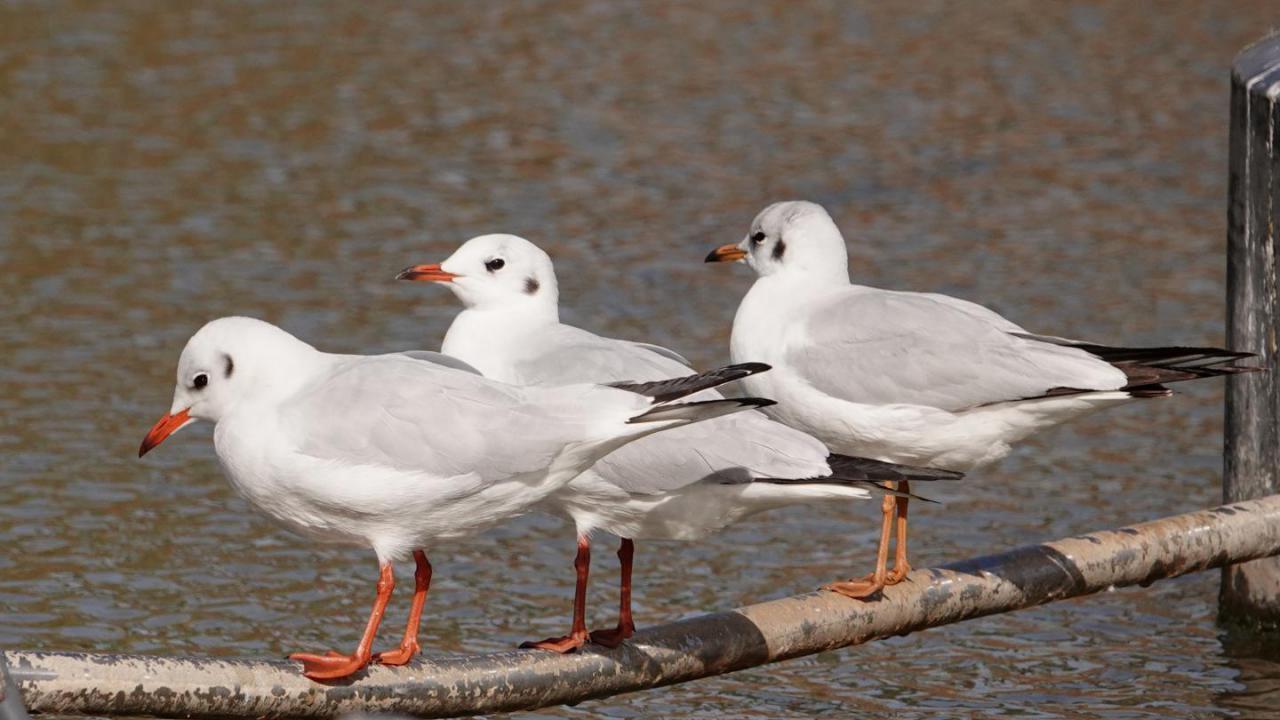 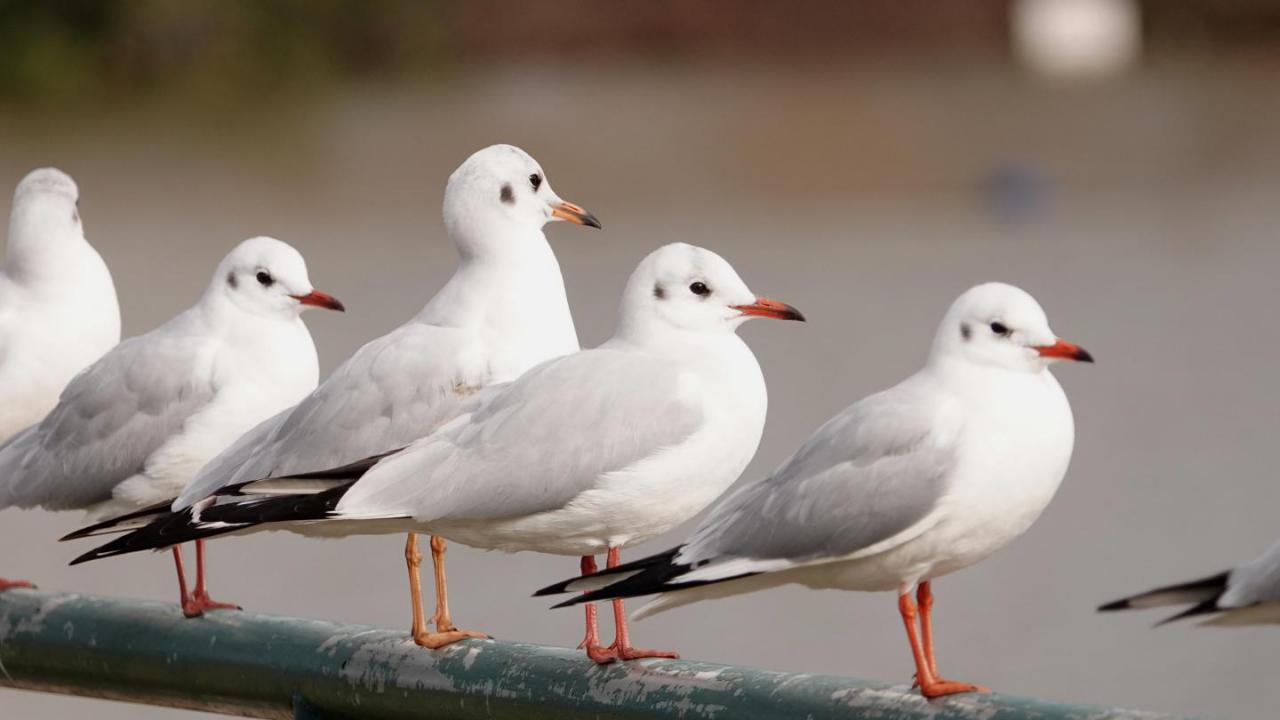 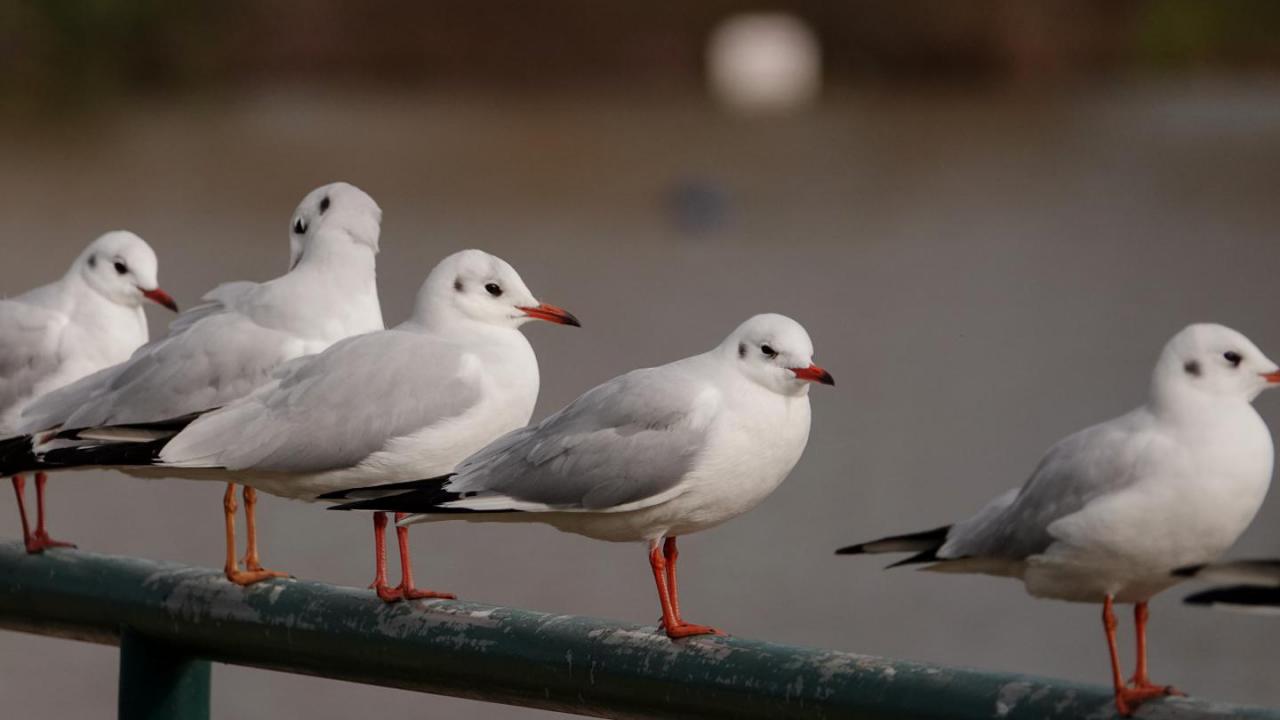 The Black-headed Gull (Chroicocephalus ridibundus) is a small gull that breeds in much of Europe and Asia, and also in coastal eastern Canada.
This species takes two years to reach maturity.
In summer plumage, adults have a dark brown partial hood, white eye arcs, red legs and a red bill.
in winter, the hood in absent and is replaced by a dark spot behind the eye.
First-year birds have a black tail band, more dark areas in the wings, and, in summer, a less fully developed dark hood.
Usually, birds in their second calendar year have orange legs (3rd photo: gull in the middle).
However, some Black-headed Gulls retain orange or orange-red legs (and bills) into adulthood.
Birds with adult plumage and orange legs are mostly second-years, but some may be in their third or subsequent years.