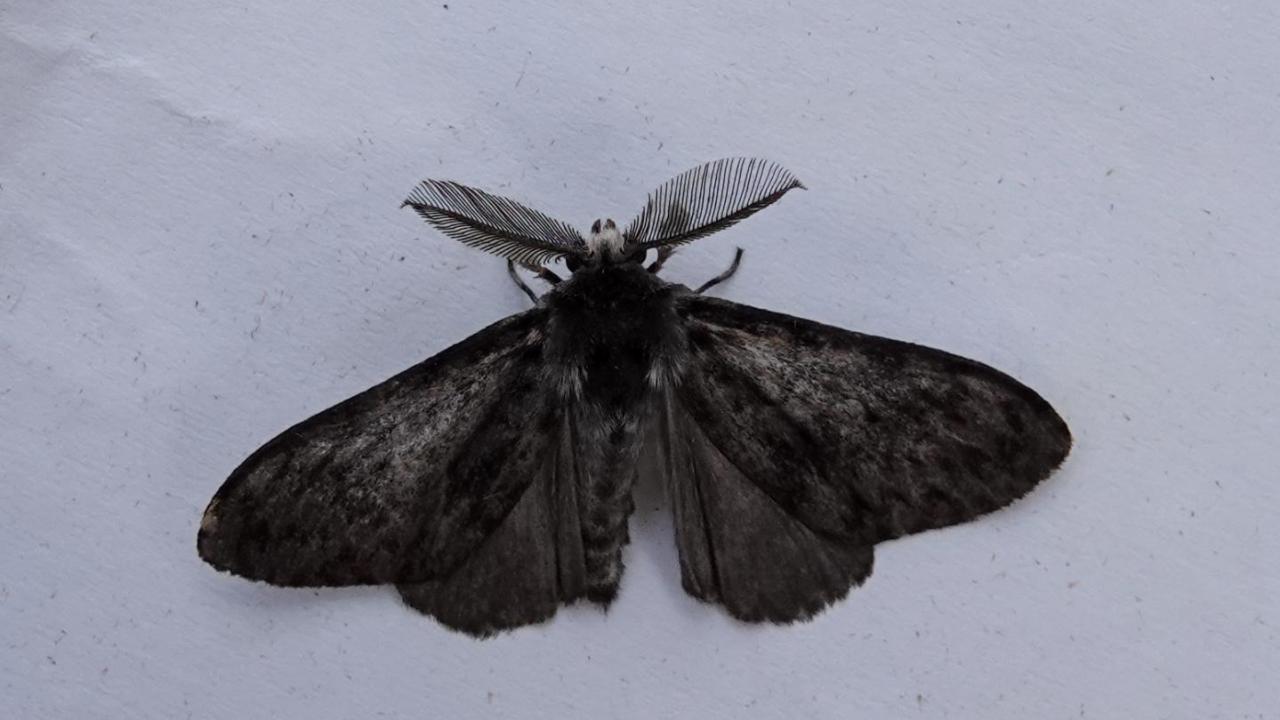 The Black Arches or Nun Moth (Lymantria monacha) is a rather large moth with a wingspan of 40-50 mm.
This species varies strongly in colour, from white with black markings to basically overall grey/black.
The light form (see here) has white forewings with black wavy lines (arches) which gives the moth its name.
The males, which can be attracted to light, are smaller than the females, and have very large, feathery antennae.