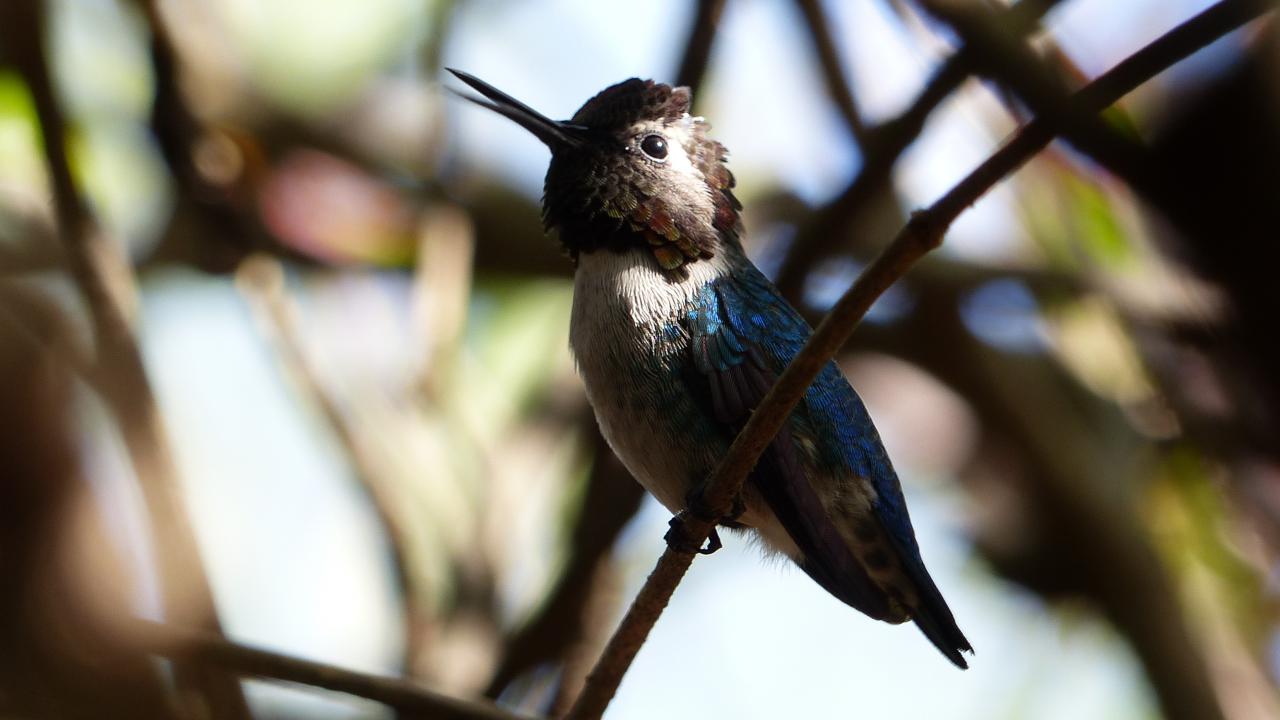 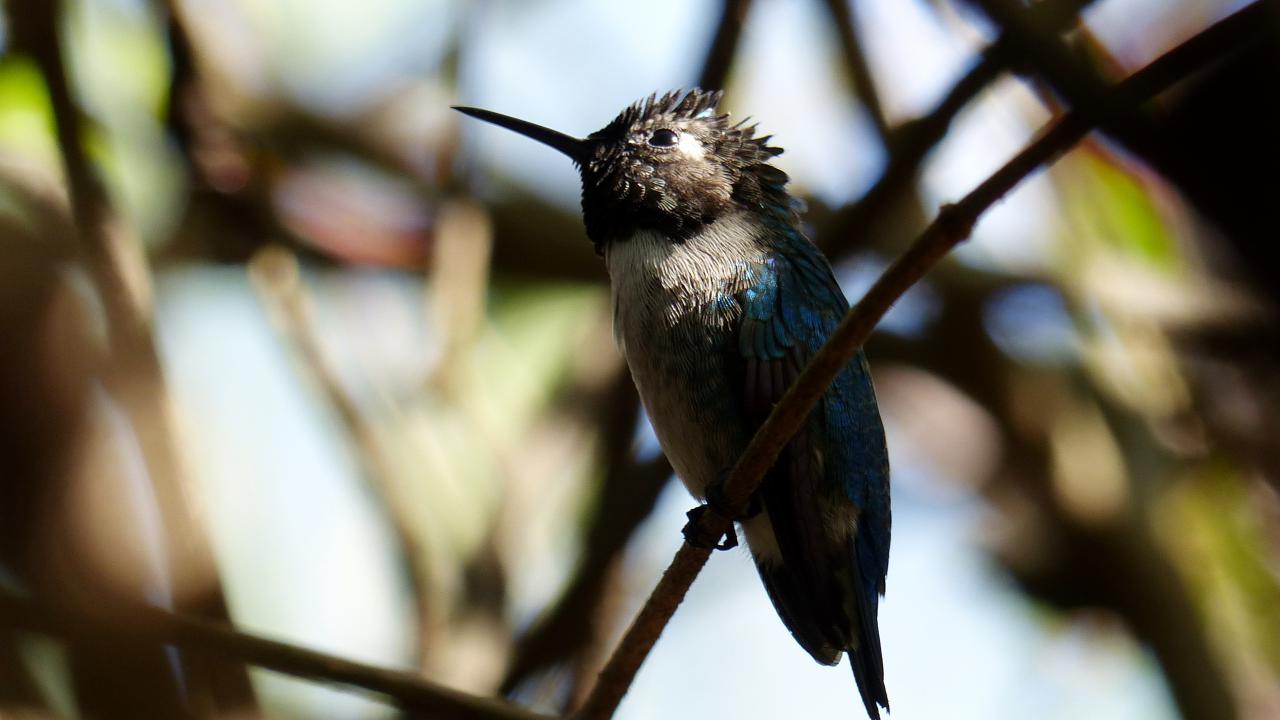 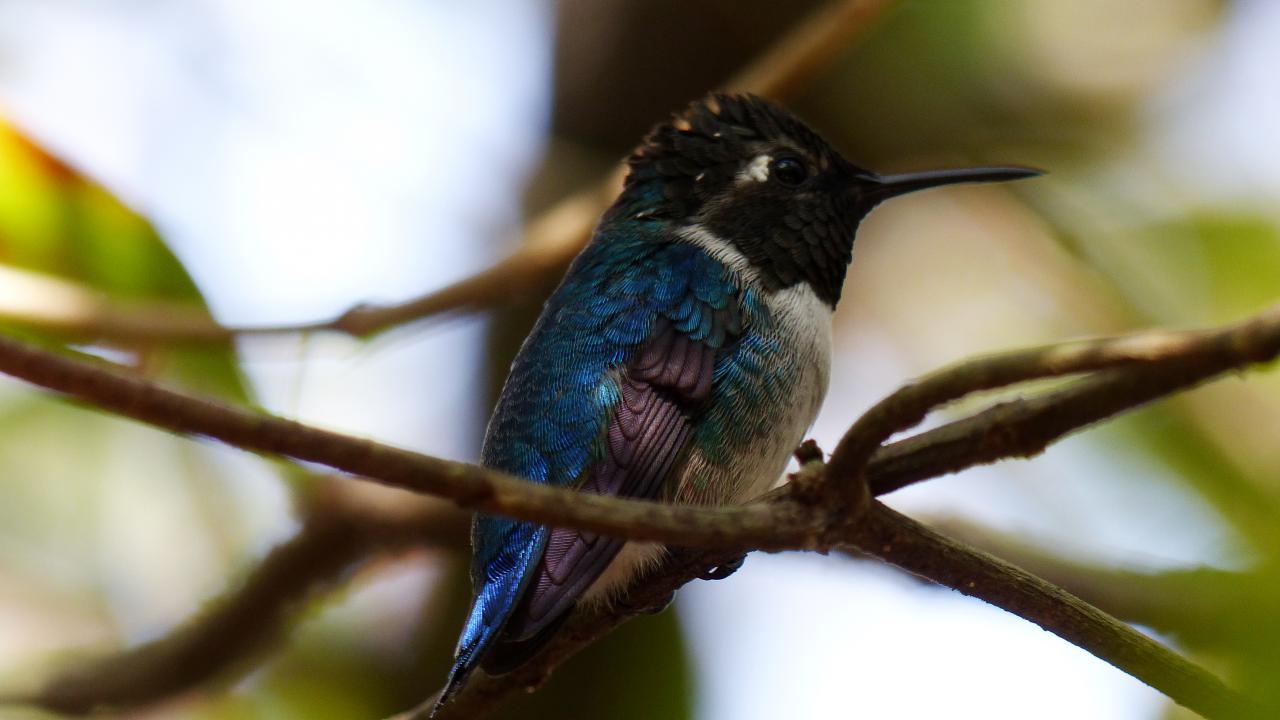 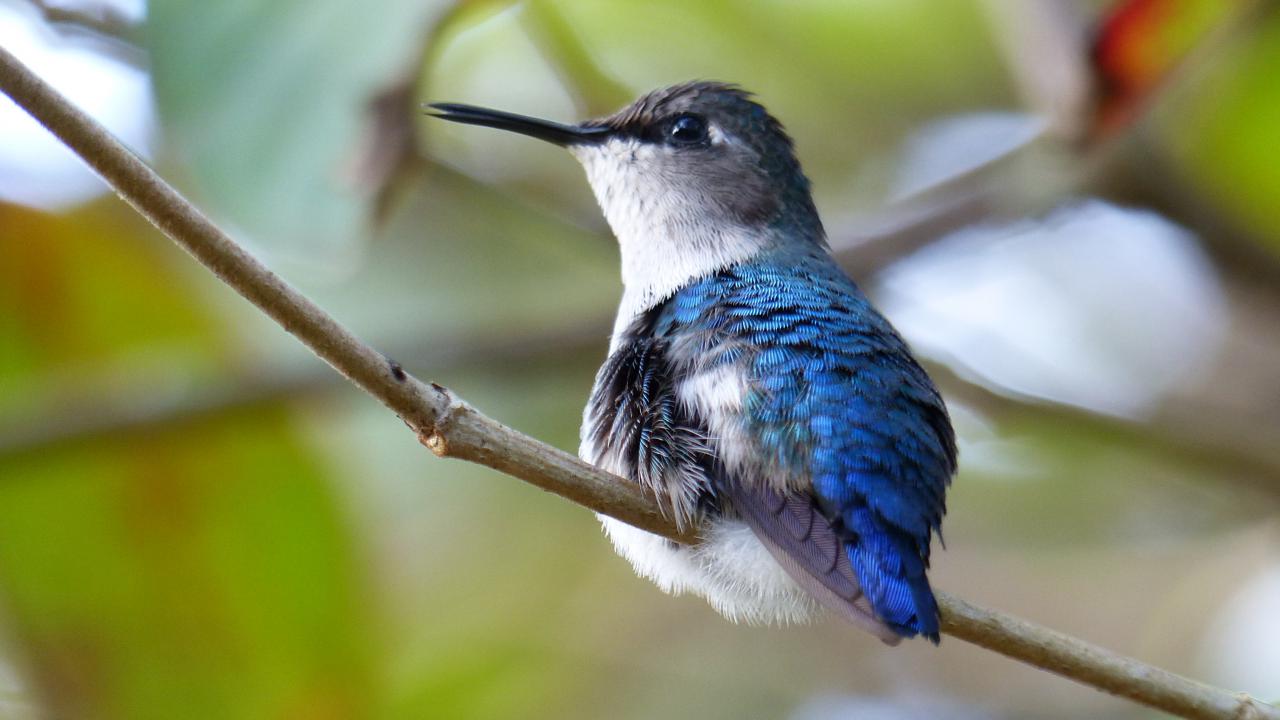 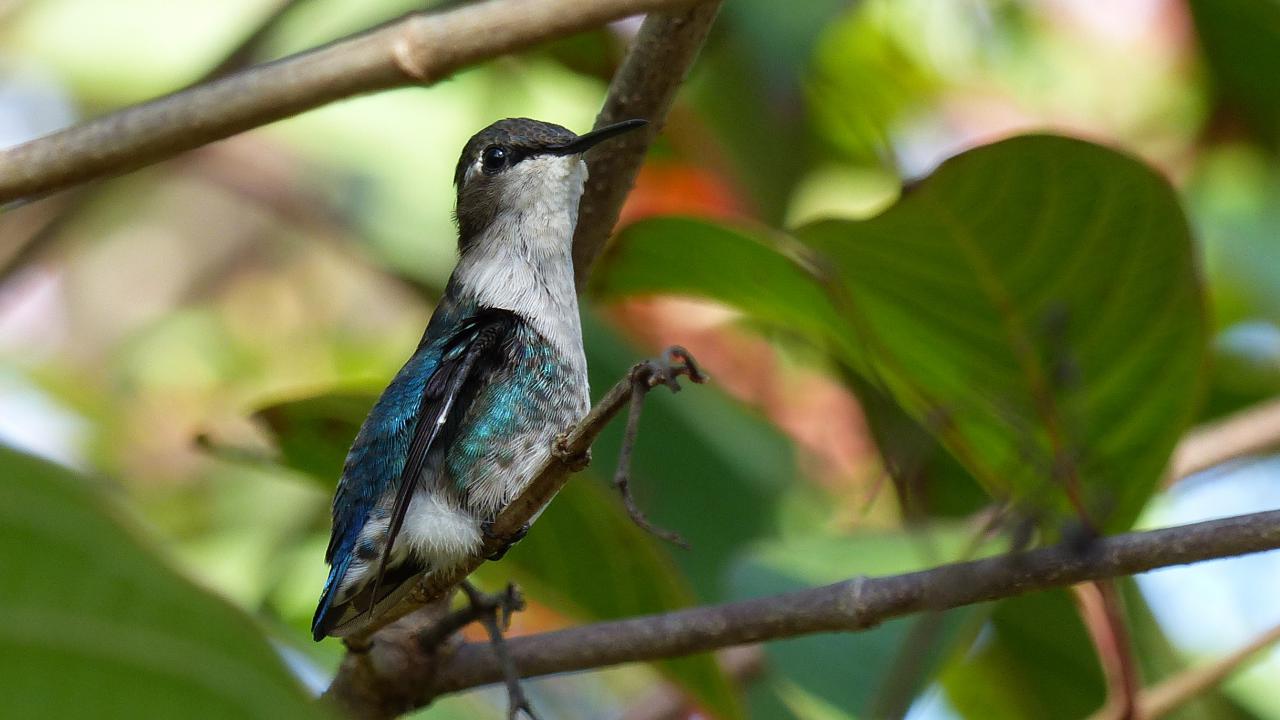 With a mass around 1.6 – 2 gram and a length of 5–6 cm, the Bee Hummingbird is the smallest bird in the world.
The male (first three photo's) has a fiery red throat in breeding plumage and is smaller than the female (last two photo's).
Outside of breeding season the two look similar, but outer tail feathers are white-tipped on females and blue/black-tipped on males.
Compared to other small hummingbirds, which often have a slender appearance, the Bee Hummingbird looks rounded and chunky.
As its name suggests, is scarcely larger than a bee.
It is endemic to Cuba and some small surrounding islands.