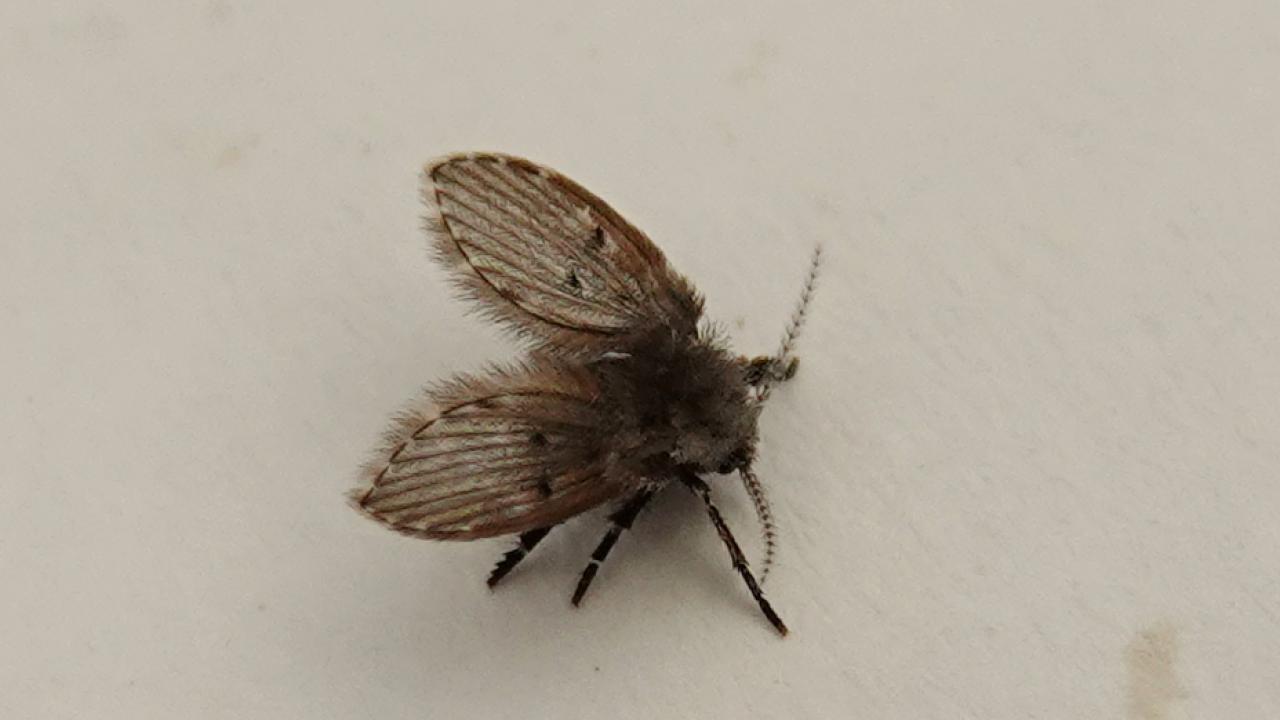 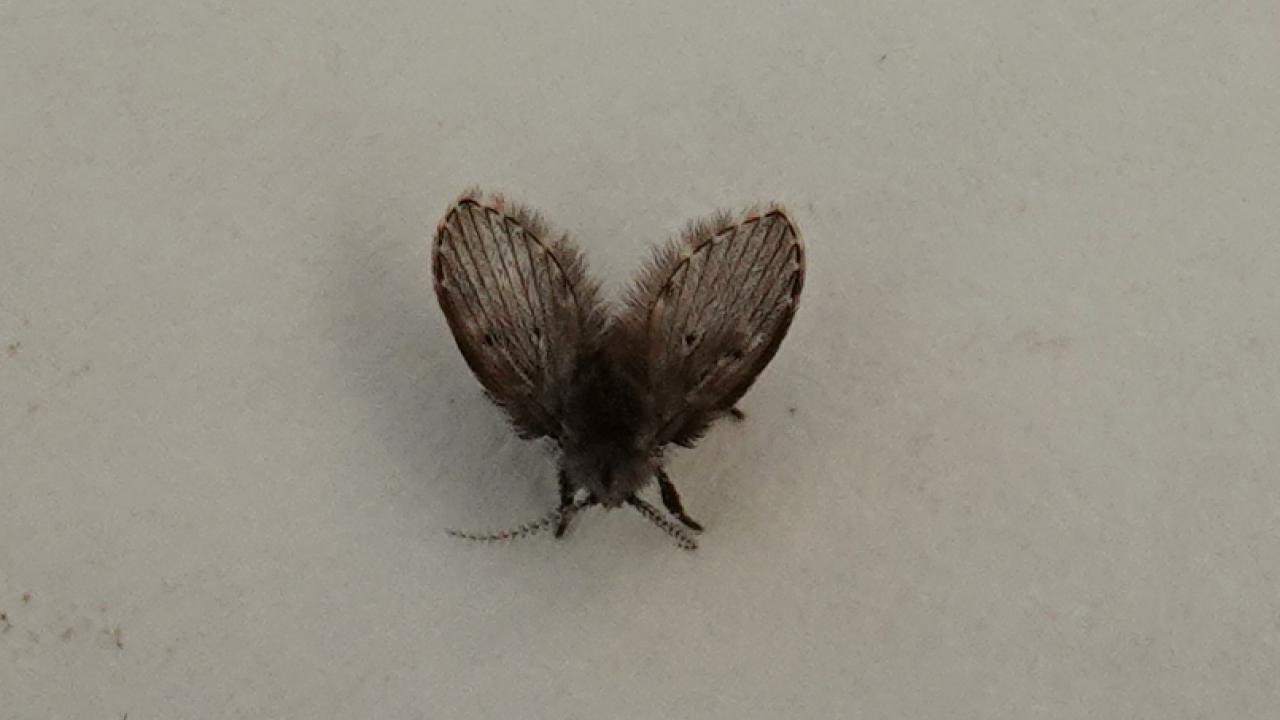 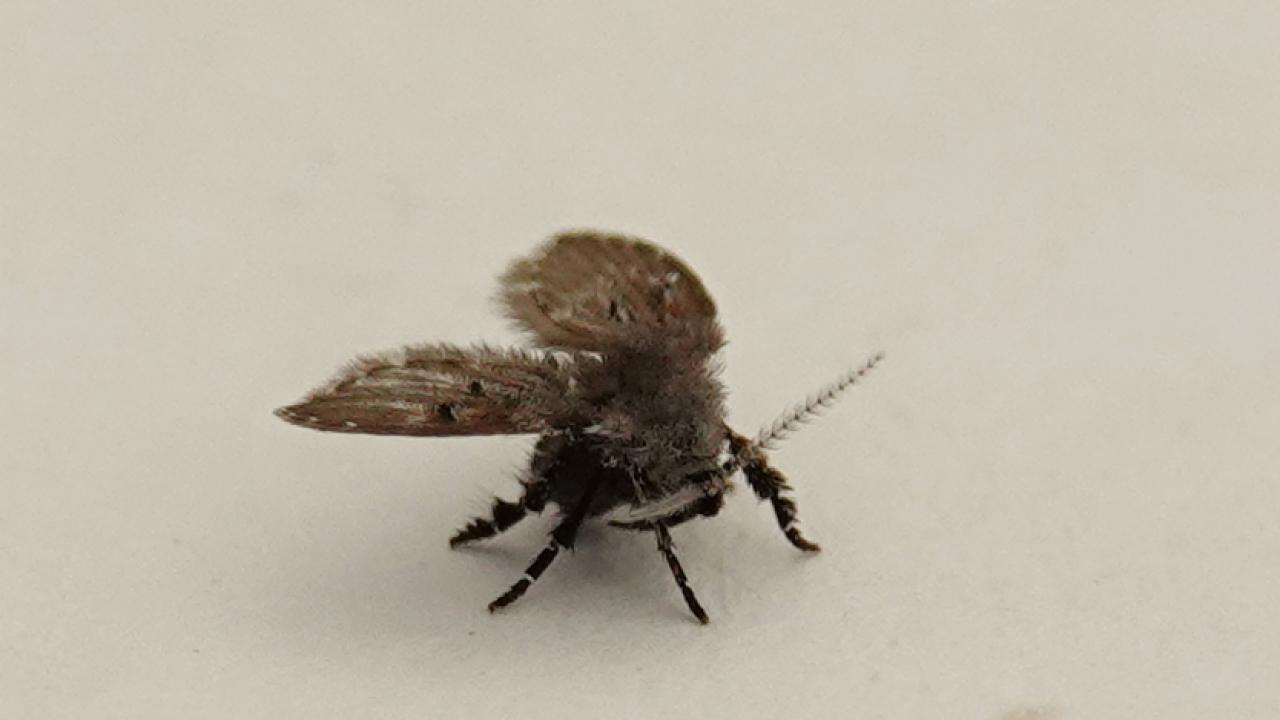 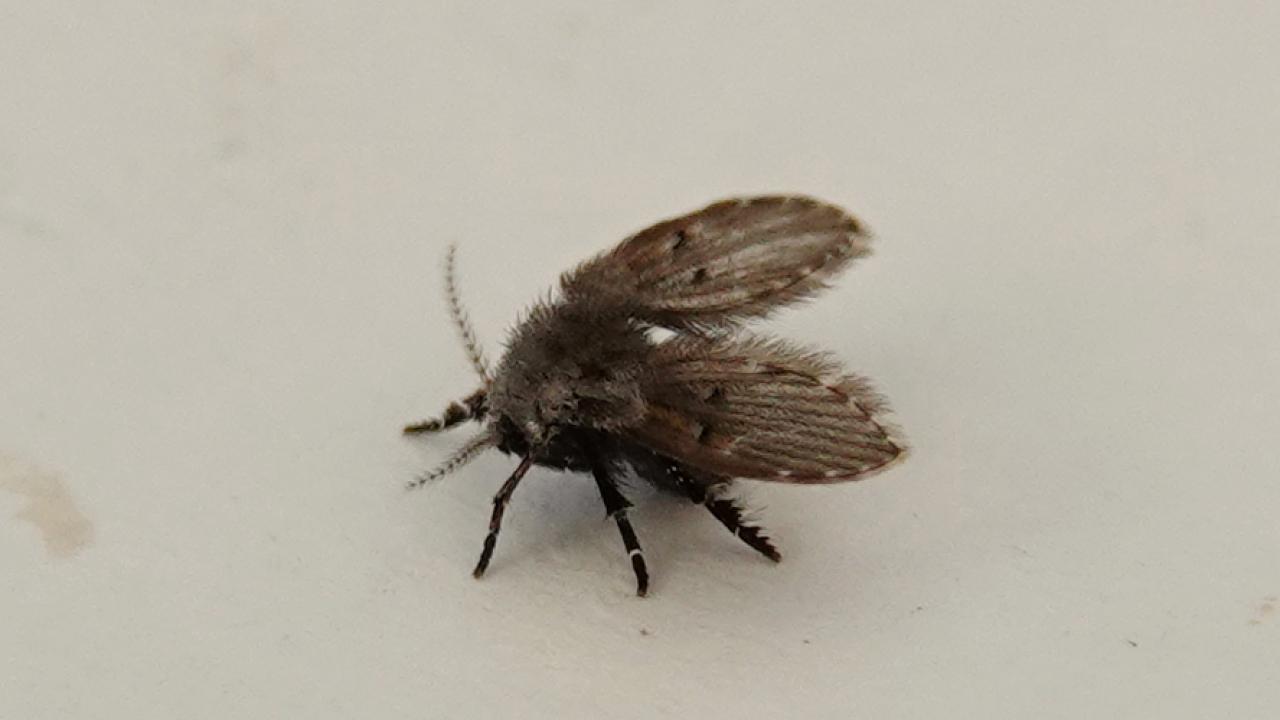 Clogmia albipunctata is a species of drain fly, a member of the family Psychodidae, commonly known as the Bathroom Moth Fly.
Clogmia albipunctata is very tiny; it can reach a length of 3–5 millimetres.
Both the body and the wings are covered with thick gray-brown hair.
The wings are pointed, and have often an attractive pattern of markings and some white spots (hence the Latin species name).
Despite being a Diptera (a fly), it has a similar appearance to that of a small moth.
The antennae show dense setae, each segment with separate whorls.
The adults do not feed and have a rather short life: they live for about 12 days.
It is common all over Europe.
There are no similar looking species in Europe.

In my bathroom, Hilversum, The Netherlands, 30 August 2019