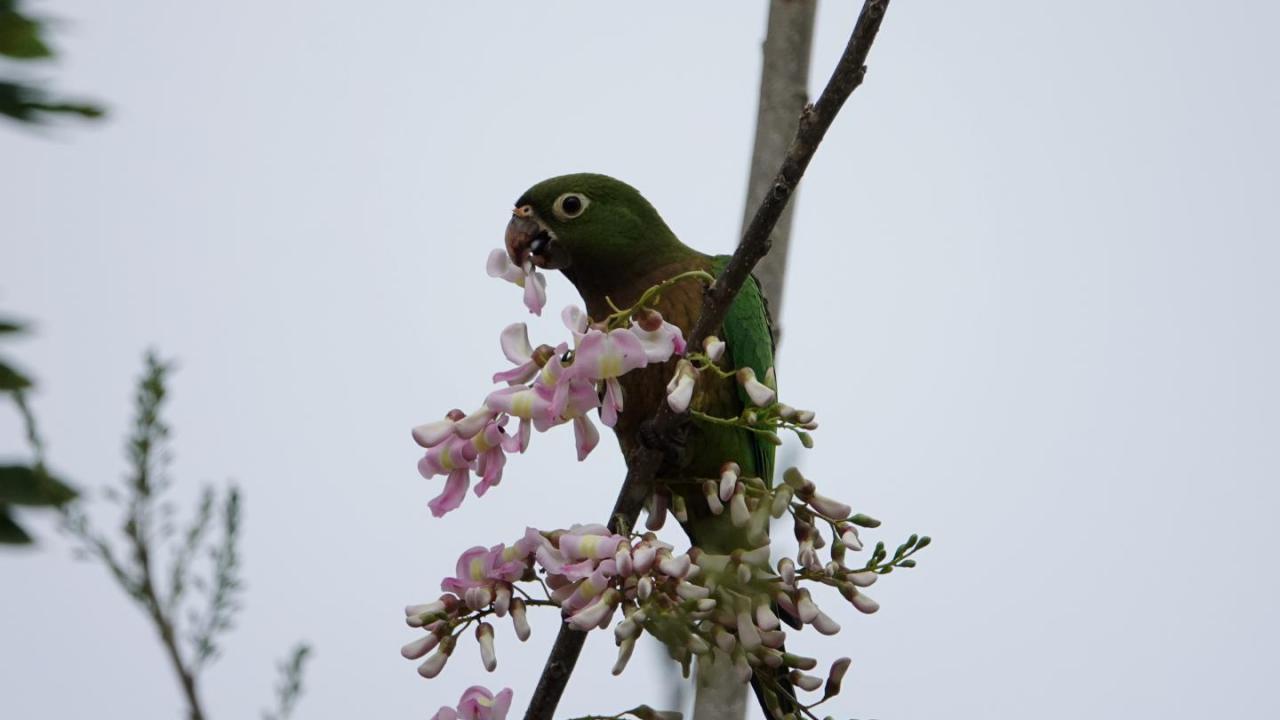 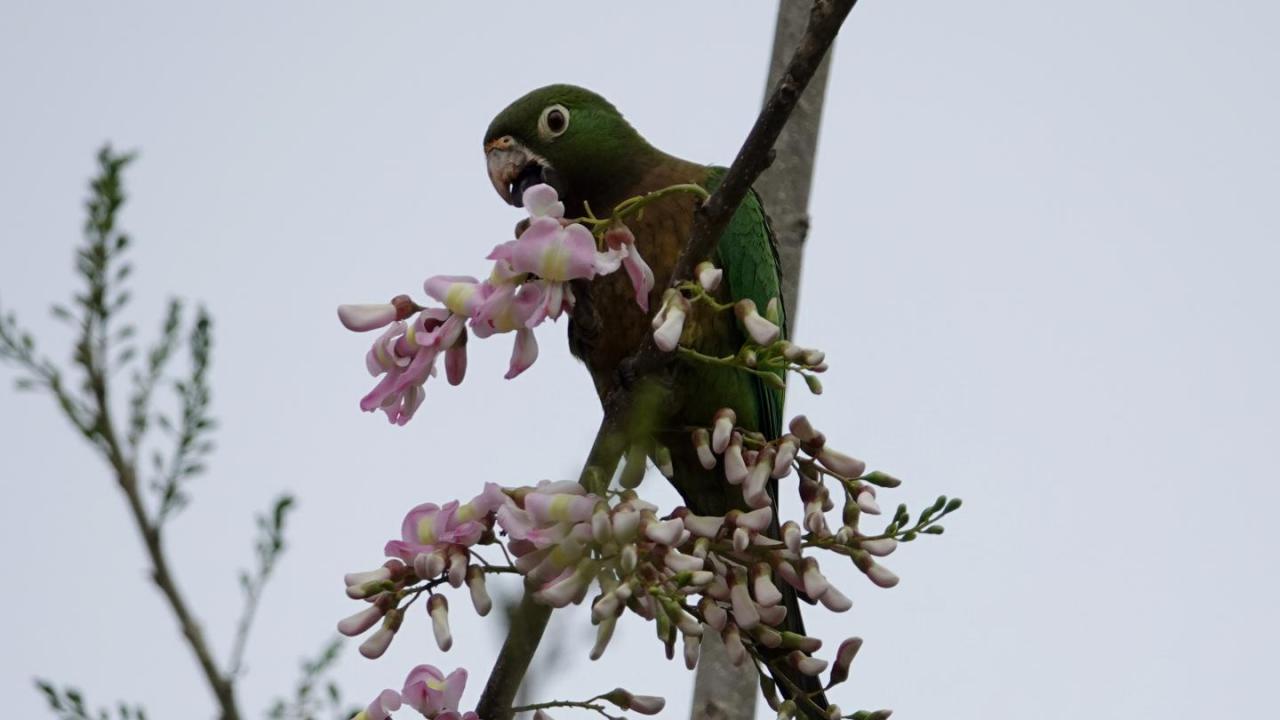 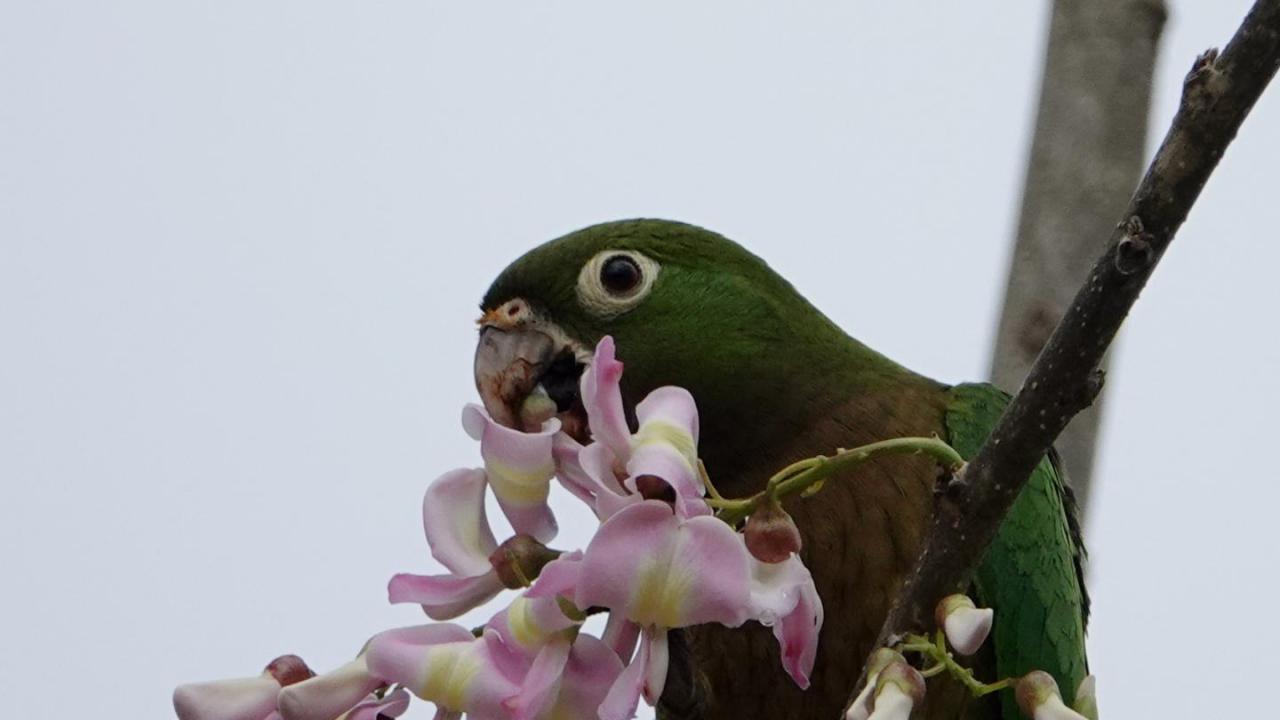 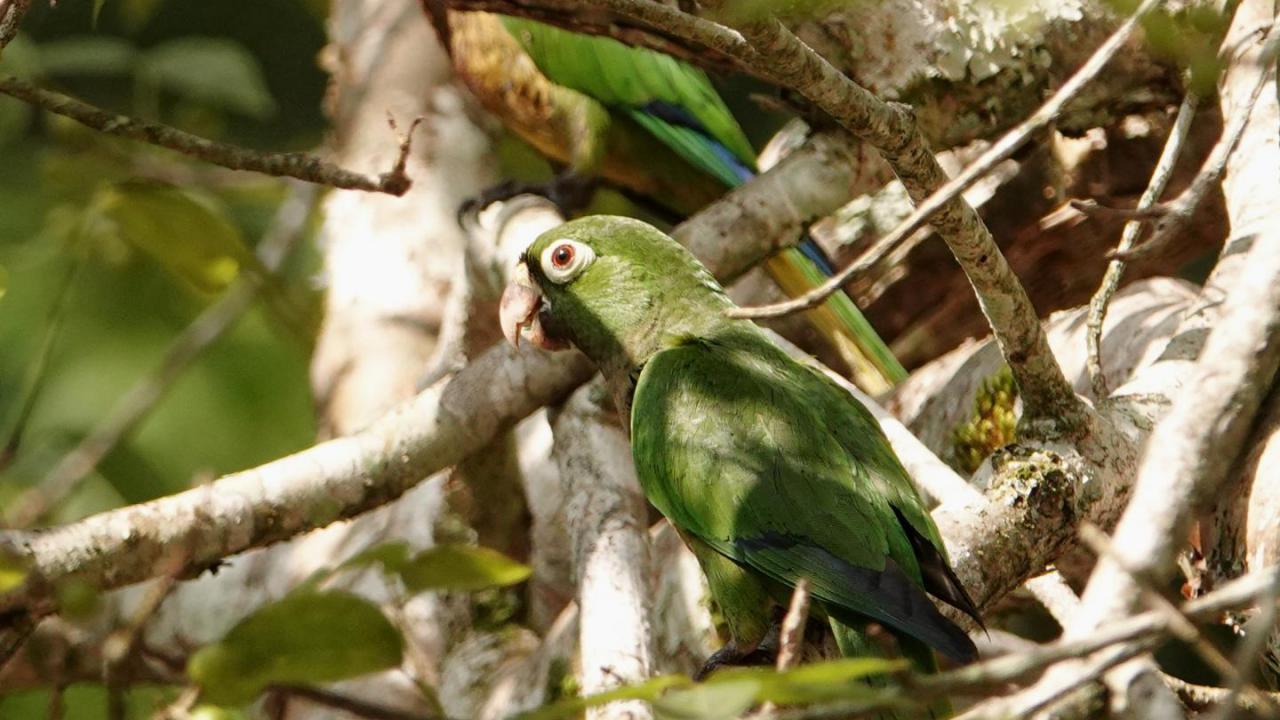 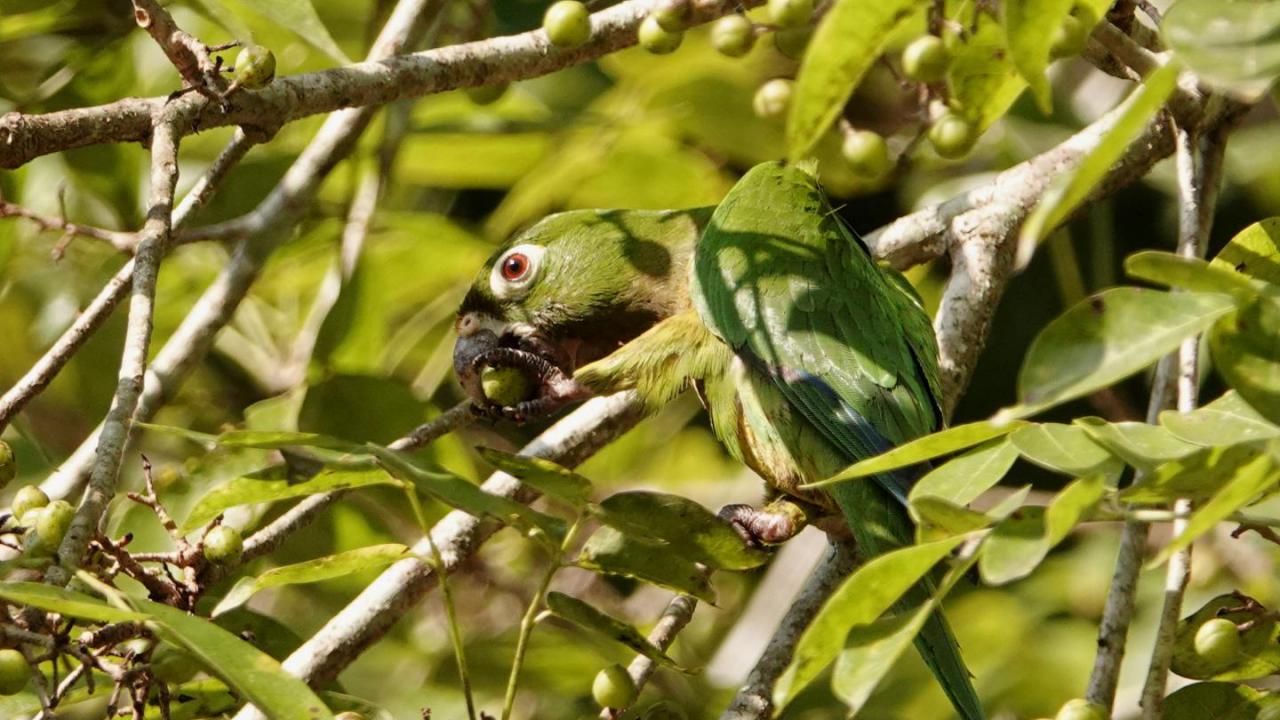 The Aztec Parakeet (Eupsittila astec) is considered by some authorities as a separate species but other authorities consider it a subspecies of the Olive-throated Parakeet (Eupsittula nana).
The Aztec Parakeet occurs from north-eastern Mexico through the Yucatan Peninsula and along the Caribbean slope of Central America as far south as north-western Panama.
The very similar Jamaican Parakeet (Eupsittila nana) which is sometimes considered as a separate species and sometimes as a (nominate) subspecies of the Olive-throated Parakeet occurs only in Jamaica.
Until a definitive decision has been made, I consider them as two distinct species.