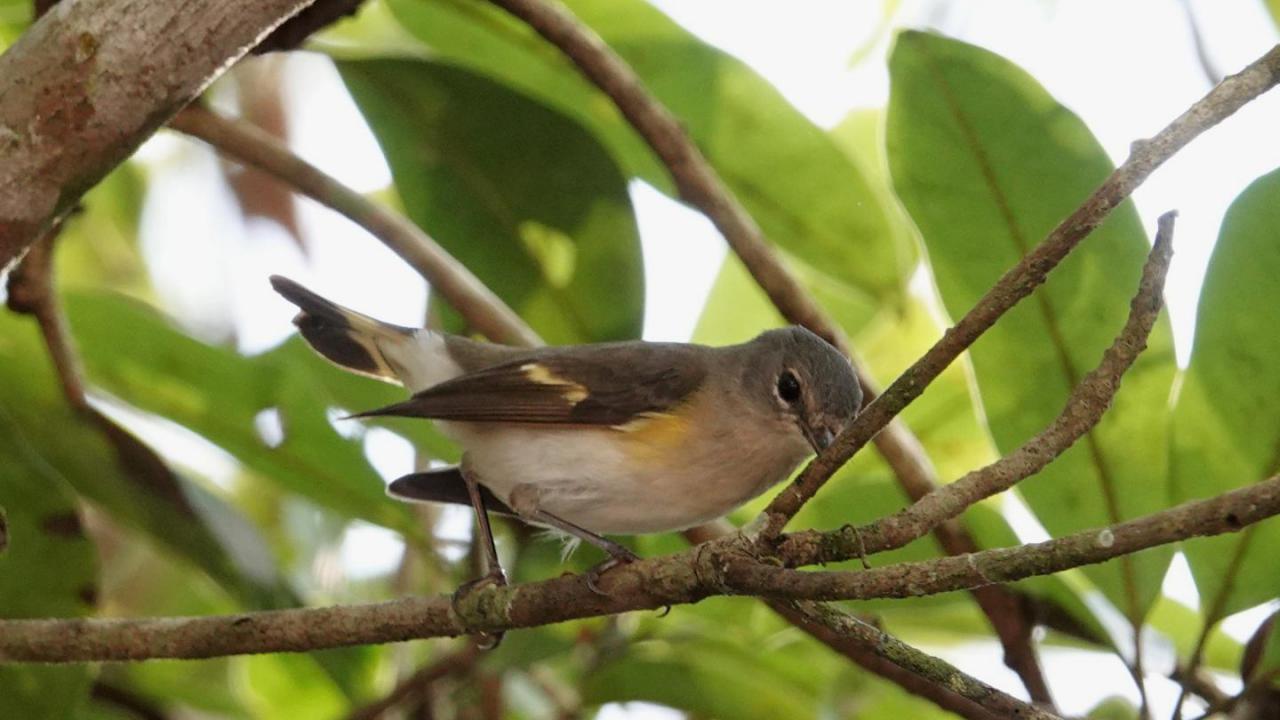 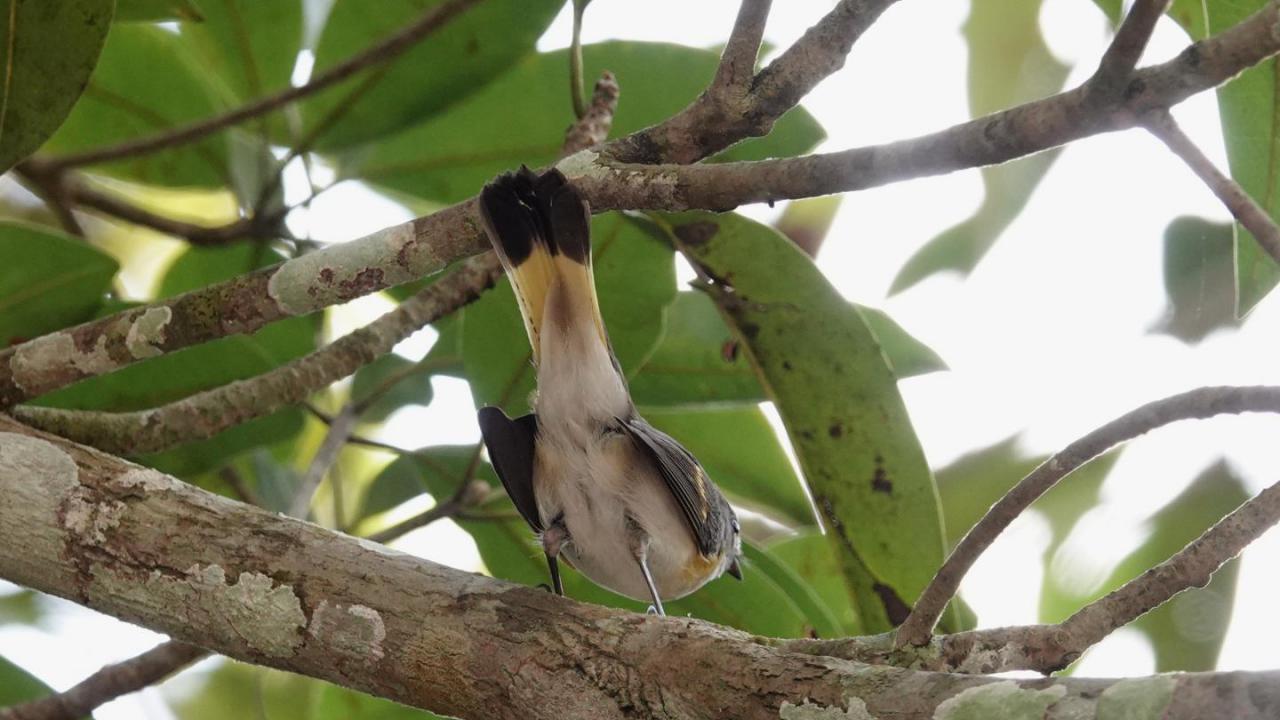 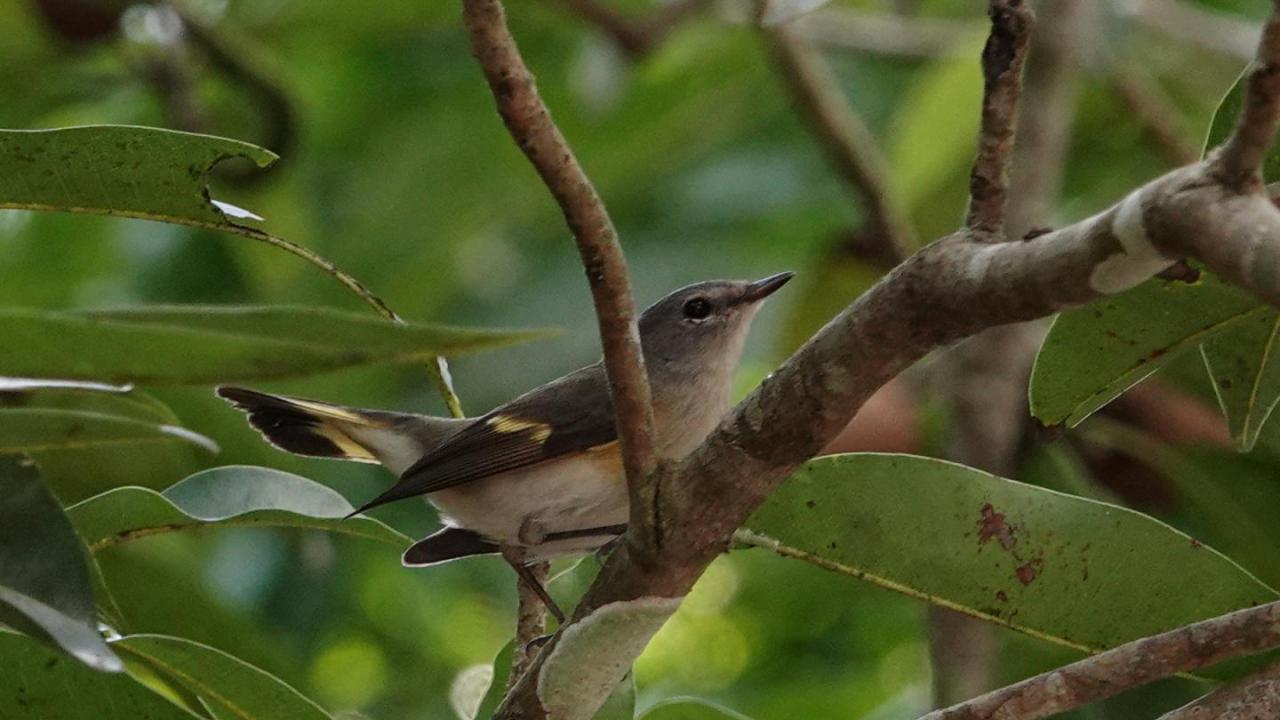 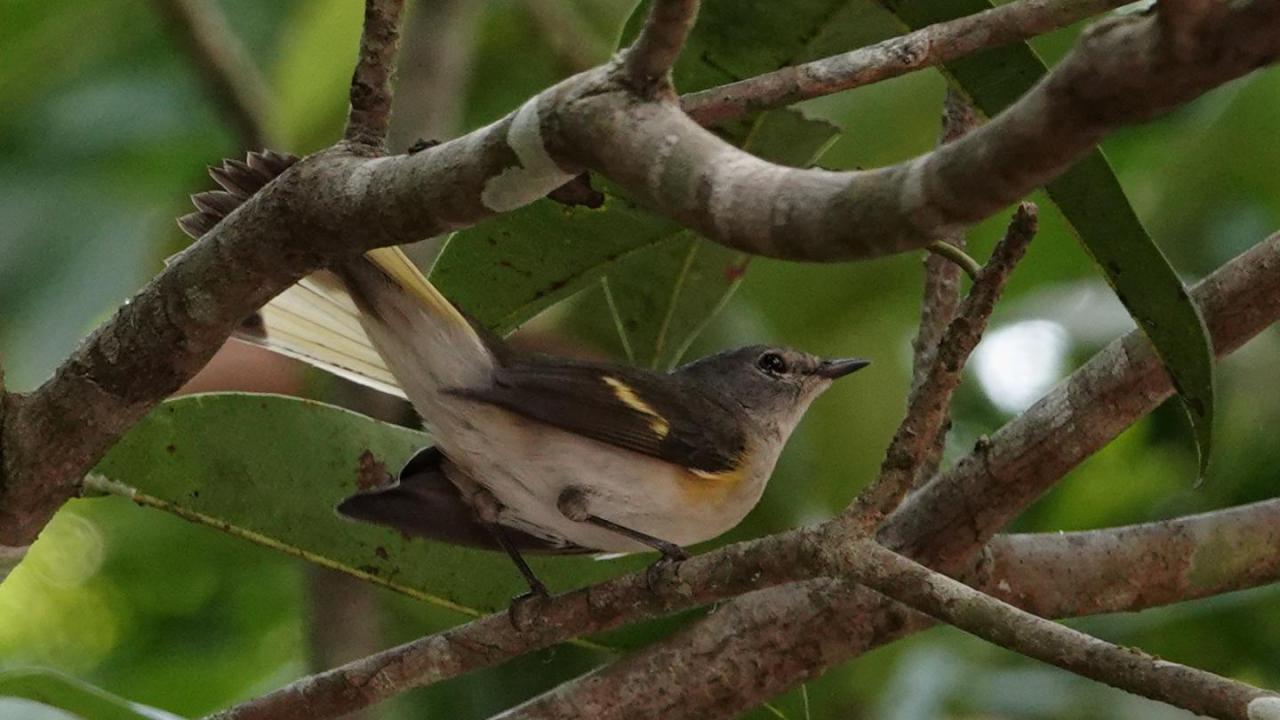 Adult male American Redstarts are mostly black with bright orange patches on the sides, wings, and tail.
Females and immature males are mostly grey with yellow patches on the sides, wings, and tail.
American Redstarts are incredibly active insectivores that are conspicuous for its acrobatic fly-catching behavior.
They rapidly spread their cocked tails and flash the orange and yellow of their tails on and off to startle and chase insects from the underbrush.
The American Redstart may be found in nearly all woody habitats often sharing its foraging habitats with other warblers.